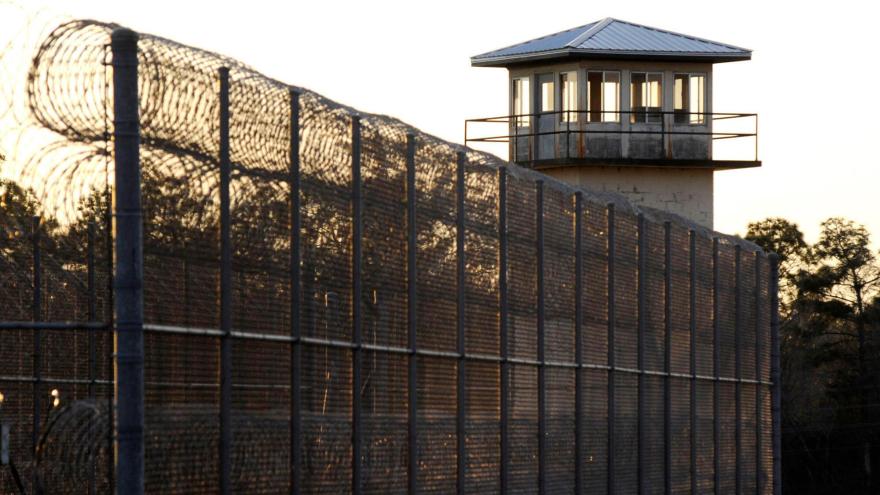 (CNN) -- Alabama corrections officials Thursday cited time constraints caused by a late-night court battle in halting the scheduled execution of a death row prisoner -- the second time in as many months the state failed to carry out an execution before the expiration of a death warrant.

Kenneth Smith's execution by lethal injection -- which would have been the fourth execution in the US this week -- was sidelined after its administrators faced issues finding a vein to set an intravenous line: "We tried several locations (on his body)," Department of Corrections Commissioner John Hamm said, according to AL.com.

The thwarted procedure highlights critics' questions about Alabama's ability to adhere to its own death penalty protocol. The case -- in which the trial jury's 11-1 vote for a life sentence was overruled by a judge-imposed punishment of death -- also comes as jury recommendations are in the national spotlight after a Florida jury failed to unanimously recommend the Parkland school shooter be put to death, resulting in his life sentence.

Smith's execution was called off at about 11:20 p.m. "due to the time constraints resulting from the lateness of the court's proceedings," the corrections department said in a statement, adding the protocols required to carry out the execution "could not be performed before the expiration of the death warrant."

Smith had been scheduled to be executed at 6 p.m. for his role in the 1988 killing of Elizabeth Sennett. But the 11th US Circuit Court of Appeals granted him a stay of execution just hours before his death warrant was set to expire at midnight. The state then filed an emergency appeal with the US Supreme Court, which less than two hours before the death warrant was set to expire returned its decision vacating the lower court's decision and granting the state the ability to move forward with the execution.

Though the high court's order did not provide a comment on the emergency appeal, it noted liberal Justices Sotomayor, Kagan and Jackson would have kept the stay in place.

The failure to carry out Smith's execution Thursday closely mirrored the state's failed attempt in September to put to death Alan Eugene Miller.

Then, too, Hamm blamed the flurry of court proceedings at the eleventh hour, saying the "condemned's veins could not be accessed in accordance with our protocol before the expiration of the death warrant."

Both failed execution attempts come on the heels of the death of Joe Nathan James, whom the state put to death in July in an execution that has since become heavily scrutinized, after a report in The Atlantic said a private autopsy showed James' "suffered a long death."

Corrections officials had cut into James' skin to find a vein to set an IV line -- which is not part of Alabama's lethal injection protocol, Dr. Joel Zivot, an anesthesiologist and professor at Emory University who witnessed the autopsy, has told CNN.

"The attempted execution of Kenneth Smith last night is the last in a series of executions and attempted executions that demonstrate failures in Alabama's ability to implement the death penalty consistent with its protocols and constitutional values," Ngozi Ndulue, the deputy director of the Death Penalty Information Center, said in a Friday statement to CNN.

Ndulue took particular issue with the "secrecy with which Alabama conducts executions," saying it "allows this pattern to continue with the only public scrutiny coming from litigation and post-execution autopsies."

"When other states have faced sustained problems with executions, they have paused executions and investigated the source of the issue," Ndulue said.

When Smith was sentenced, a jury voted 11-1 for a life sentence that was overridden by the trial judge who opted instead for the death penalty, a practice the state has since repealed.

Smith's attorneys argued in an earlier filing before the Supreme Court that he shouldn't be executed. If he was tried today and his jury came to the same conclusion, his attorneys said, Smith would not be qualified for execution -- not in Alabama or anywhere else, because no jurisdiction today allows the practice of judicial override.

Putting Smith to death despite the jury's verdict, they say, would constitute cruel and unusual punishment, violating his constitutional protection under the Eighth Amendment.

Alabama became the last US state in 2017 to repeal judicial override, which allowed judges to disregard a jury's decision for either life or death in capital cases and impose the alternative sentence. The new law, however, was not retroactive, and inmates like Smith, whose juries rendered what was then an "advisory" verdict for life, remain on death row.

While the practice was previously allowed in three other states -- Indiana, Florida and Delaware -- Alabama judges routinely overrode juries' votes for life, per a 2011 report by the Equal Justice Initiative. At the time, judicial override accounted for about 20% of the death sentences among the state's death row inmates, the report said.

The Supreme Court has visited the issue of judicial override in Alabama since it was repealed. In 2020, the court denied the petition of another inmate, Calvin McMillan, who argued for his death sentence to be vacated, saying it was unconstitutional since his jury had voted for life.

Smith had been one of four death row inmates set to be executed this week after the Supreme Court on Wednesday denied his request for a stay of execution. Stephen Barbee in Texas and Murray Hooper in Arizona were both executed Wednesday, and Richard Fairchild in Oklahoma was executed Thursday.

The murder of Elizabeth Sennett

Smith was convicted of capital murder in 1996, court documents show, for his role in a murder-for-hire plot targeting Sennett, the wife of a local minister who was having an affair and had taken an insurance policy out on his wife so he could pay off his debts.

Sennett's husband, Charles Sennett, recruited someone to kill his wife, court records state. That man then recruited two others, one of whom was Smith, and Sennett agreed to pay each $1,000 to kill his wife and make it look like she was killed in a burglary.

In March 1988, the men carried out the killing as planned, and Smith took from the Sennett home a video cassette recorder, which he stored in his own residence.

Charles Sennett killed himself a week after his wife's murder, the records state, as the investigation began to focus on him. But Smith was arrested after authorities, having received an anonymous tip, executed a search warrant at his home and found the Sennett's VCR.

He was convicted and sentenced to death, but an appeals court overturned that initial outcome and ordered a new trial, finding the state had based peremptory challenges to prospective jurors on their race.

Smith was again convicted in the retrial. But the jury was apparently swayed during the penalty phase, which takes place after the guilt phase in trials for capital crimes. During the penalty phase, prosecutors and defense attorneys traditionally argue over aggravating and mitigating circumstances -- reasons why they say the defendant should be executed or receive a lesser sentence like life in prison without parole.

This time, the jury voted 11-1 for a sentence of life in prison without the possibility of parole after, his attorneys write, hearing evidence about Smith's "character and life circumstances."

The judge, however, felt that the aggravating factors outweighed the mitigating circumstances, Smith's attorneys write, and overrode the jury's vote, sentencing Smith to death.

The fall of judicial override

Judicial override was intended to allow judges to essentially serve as a check on juries, preventing them from handing down death sentences in arbitrary or discriminatory ways, attorneys for the Innocence Project wrote in a 2020 brief at the Supreme Court in support of McMillan's case.

Florida, Delaware and Indiana outlined specific standards for when a judge could override a jury's vote for life, they wrote. In Florida and Delaware, for example, the facts supporting a death sentence needed to be so convincing that no "reasonable person" would disagree.

As a result, judicial override to impose a death sentence rarely took place -- or a large bulk of the cases where it was used were later overturned. Additionally, Florida, Delaware and Indiana judges frequently used it to impose life sentences where juries had decided on death.

Alabama instituted no such safeguards, the attorneys' brief says, and judges there were required only to "consider" the jury's verdict.

The state did away with the practice in 2017 by amending the law to specify that juries' verdicts were no longer "advisory" but final.

"You are entitled to a trial of a jury of your peers, and that ought to apply to sentencing too," state Sen. Dick Brewbaker, who sponsored the bill, told CNN affiliate WSFA in February 2017, before the passage of his bill.