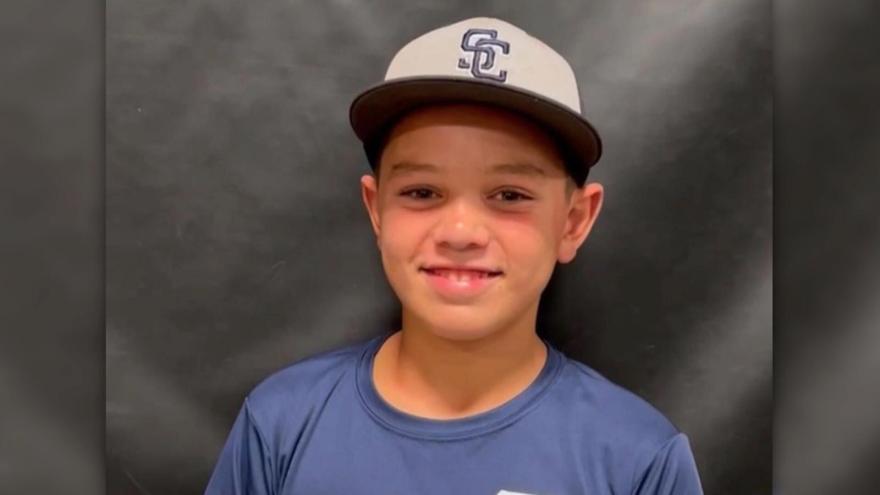 The family of 12-year-old Little League World Series player, Easton Oliverson, who was critically injured after falling from a bunk bed, is suing the league and the company that made the bed.

(CNN) -- The family of a 12-year-old Little League World Series player who suffered a fractured skull after falling from a bunk bed with no safety rails is suing the league and the company that made the bed, according to court documents.

Easton Oliverson of Utah's Snow Canyon Little League fell from a bunk bed while sleeping August 15 at the players' dormitory in Williamsport, Pennsylvania. Critically injured, he was placed in a medically induced coma and underwent multiple surgeries.

The suit, filed by Easton's parents Friday in state court in Pennsylvania, seeks at least $50,000 in compensatory and punitive damages on counts of negligence and liability.

According to the suit, bed maker Savoy Contract Furniture and the Little League were negligent for "failing to have rails on the bed," allowing Easton to fall.

"Savoy designed, manufactured, distributed, marketed, and/or sold the bunk beds in a dangerous and defective condition in that they did not contain every element necessary to make them safe for their intended use," the court filing reads.

Jace and Nancy Oliverson also allege their son suffered "significant and permanent injuries" as a result, according to the lawsuit.

Federal regulations require all bunk beds to have at least two guard rails, an attorney representing the family said.

"A bunk bed is any bed higher than 30 inches off the floor. This bunk bed was approximately 60 inches high and did not have any rails, in violation of federal regulations," attorney Ken Fulginiti wrote in an email to CNN.

Little League Baseball Inc. declined to comment on pending legal proceedings. CNN has been unable to reach Savoy for comment.

On August 17, shortly after the fall, Little League said the bunk beds at the players' dorms did not have safety rails, according to a statement to CNN.

"Since 1992, Little League has used institutional-style bunk beds to offer the most space for the players to enjoy their time in the dorms. While these beds do not have guard rails, Little League is unaware of any serious injuries ever occurring during that period of time," the statement read.

"Out of an abundance of caution, Little League has made the decision to remove all bunks from within the dorms and have each bed frame individually on the floor."

Easton, whose nickname is "Tank," was hospitalized in Pennsylvania for two weeks before transferring to a children's hospital in Salt Lake City, Utah. By September 19, he had returned home, an Instagram account set up to provide updates on his recovery announced on that date.

Support for Easton came flooding in after news of his injury made national headlines.

Easton thanked supporters for their prayers in a video posted to social media August 30.