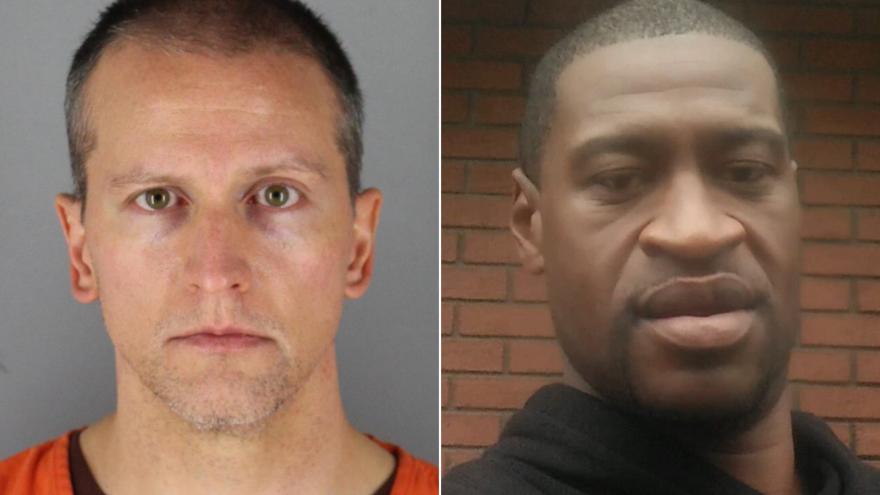 Chauvin pleaded guilty in December to depriving Floyd of his civil rights when the former officer kneeled on Floyd's back and neck for over nine minutes on May 25, 2020. As part of the plea agreement, Chauvin faced a sentence between 20 and 25 years. He could have faced up to life in prison if he had been convicted of the federal charges.

Prosecutors told the court in December they would be requesting a sentence of 25 years to be served concurrently with his 22-and-a-half year sentence on state murder charges.

The US Attorney's Office called the sentencing request "reasonable and appropriate" given Chauvin's offenses.

"A 300-month sentence appropriately captures the seriousness of the defendant's abuses and the lasting harms that he has inflicted on his victims, their families, and the larger community," prosecutors said.

Prosecutors asked the 25-year sentence be followed by five years of supervised release.

The sentencing recommendation comes over two years after the former officer held his knee on Floyd's neck and back for 9 minutes and 29 seconds while the 46-year-old Black man, handcuffed and lying prone in the street, gasped for air and told Chauvin and other officers, "I can't breathe." Floyd's death on the Minneapolis pavement sparked protests nationwide against police brutality and racial injustice.

In April 2021, Chauvin was convicted of second-degree unintentional murder, third-degree murder and second-degree manslaughter for Floyd's death and was sentenced to 22-and-a-half years in state prison.

Chauvin also pleaded guilty in December to a separate federal case in which he was accused of depriving the rights of a 14-year-old in Minneapolis in 2017 for allegedly kneeling on the back and neck of the handcuffed, non-resisting teenager.

The federal judge presiding over the case accepted Chauvin's plea deal last month. A sentencing date has not been set.