Fiona gets a sibling: Baby hippo born at Cincinnati Zoo 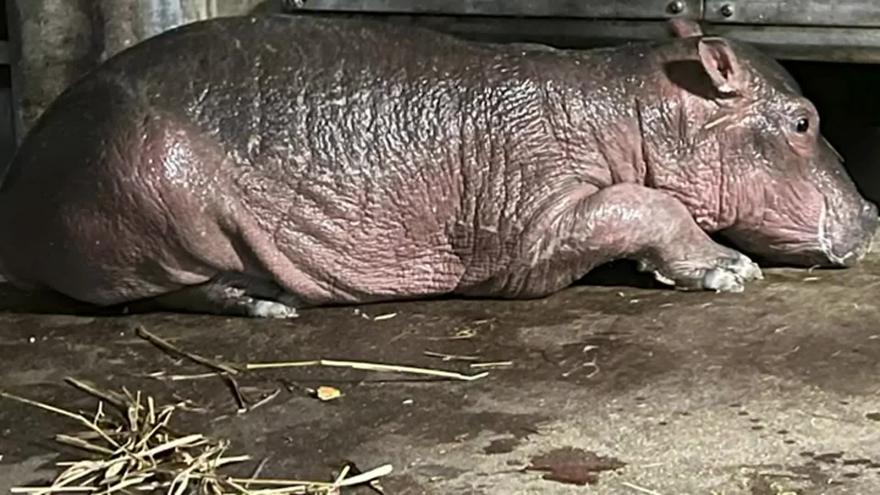 The baby is a sibling to Fiona, a hippo who became a global celebrity when she was born prematurely in 2017.

The zoo's animal care director says the baby looks huge because Fiona weighed only 29 pounds when she was born six weeks early.

It came as a surprise because Bibi was on birth control. Bibi and the yet to be named baby will spend the next two weeks bonding behind the scenes.