First on CNN: Biden to nominate new ambassador to Russia 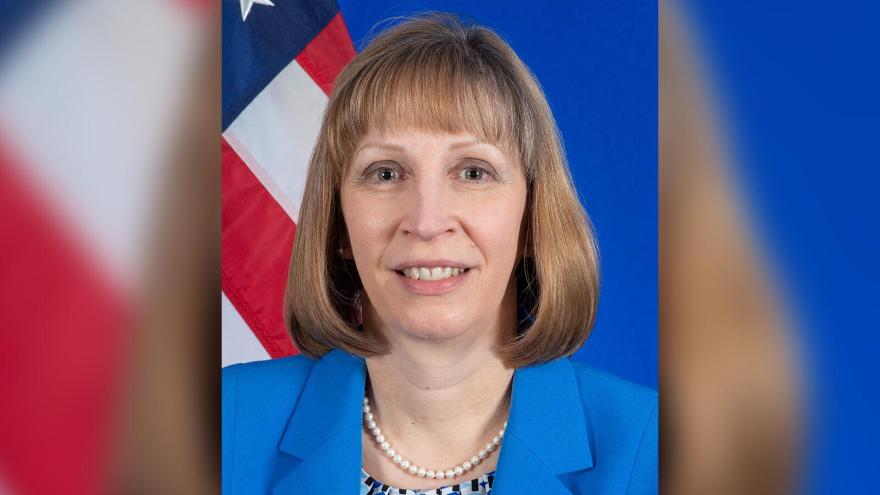 President Joe Biden plans to nominate Lynne Tracy, a career diplomat currently serving in Armenia, as the next US ambassador to Russia, according to three sources familiar with the matter.

(CNN) -- President Joe Biden plans to nominate Lynne Tracy, a career diplomat currently serving in Armenia, as the next US ambassador to Russia, according to three sources familiar with the matter.

Tracy, who speaks Russian and was the No. 2 diplomat in Moscow from 2014 to 2017, would be the first female to serve in the role. She has been ambassador to Armenia since 2019.

The Biden administration hopes to get her in place swiftly to replace John Sullivan who stepped down earlier this month. The timing of her arrival and official nomination will depend on Russia agreeing to accept her as ambassador at a time of huge tension between Washington and Moscow as the war in Ukraine continues.

Typically, the host country will approve the name of an ambassador pick before they are officially nominated through a process called agrément. The US has already given Tracy's name to the Russians to begin that process, two sources said.

US officials point out that Russia does want to maintain diplomatic relations with the US and could be motivated to accept Tracy without delaying the process to ensure their ambassador in Washington maintains access.

The nomination of Tracy will mark a complete overhaul of leadership at the embassy in Moscow. Sullivan had not been present in Russia for most of the summer because he had been in the US with his wife who had been seriously ill and died last week.

Elizabeth Rood, the deputy chief of mission, has been standing in, most visibly when she attended the trials of basketball star Brittney Griner who was sentenced to nine years in jail after being convicted of smuggling cannabis in August. Rood has been nominated to the next US ambassador to Turkmenistan.

US officials press that they plan to promptly get a strong diplomatic team in place in Moscow and that the current dynamics with the Ukraine war have not lent themselves to active US-Russia diplomacy, particularly because the Russians have shown no desire to engage productively.

"We see in this moment no indication from Russia that it would be prepared to seriously pursue such diplomacy, but if and when that time comes, Ukraine has to be in the strongest possible position," Secretary of State Tony Blinken, said earlier this month in Brussels.

As well as war in Ukraine, the issue of Americans detained in Russia will likely be a key priority for the new ambassador. Sullivan was a key player in securing the release of Trevor Reed earlier this year. He said after Reed's release that he was actively engaged in efforts to free Griner and Paul Whelan, who are both in prison in Russia.

As CNN first reported, the US proposed a prison swap to secure the release of Griner and Whelan.

State Department Deputy Spokesperson Vedant Patel said last week the conversations and engagements between the US and Russia to secure Griner and Whelan's "release continue to be ongoing" despite Sullivan's departure.

A senior administration official told CNN the offer the US put on the table for the release of Griner and Whelan was proposed to the Russians "through the same channels we used for Trevor Reed." The official added that the US has "followed up on that offer repeatedly."

While Sullivan's involvement waned in recent months, some US officials acknowledge that his loss will be felt.

"He is a great leader, cared about people and families and as things got more difficult in Moscow and they expelled so many people and local staff had to go, he doubled down on what needed to be done to keep the mission running. He also focused on Americans being held and trying to get them home was kept as his top priority," said one senior US official.

Sullivan also brought with him some continuity: he was the only political ambassador put in place under former President Donald Trump to remain in the Biden administration for such a long period of time. His departure was expected because he been in the role for about two and a half years, but the precise timing was also triggered by his wife's illness.

"Sullivan was the only political appointee from the Trump administration who was kept which is a testament to his long history of public service in a bipartisan way," the official said.