'Jeopardy!' crowns 'Greatest of All Time' 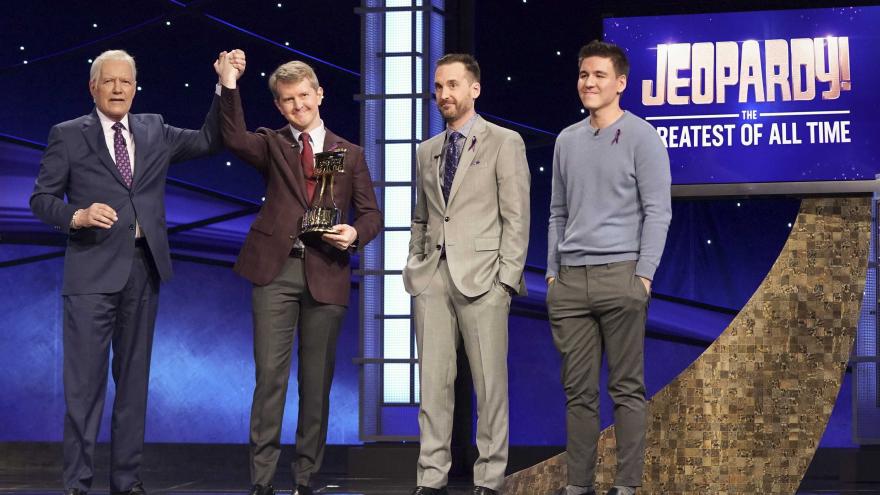 (CNN) -- The answer is: The greatest "Jeopardy!" champion of all time.

The question is: Who is Ken Jennings?

Jennings defeated James Holzhauer and Brad Rutter to win the "Jeopardy! The Greatest of All Time" special tournament on Tuesday night. Jennings was the first to win three matches, which made him champion.

Besides bragging rights, the Seattle-based software engineer turned author won the grand prize of $1 million. As the runners-up, Rutter and Holzhauer each won $250,000.

Jennings became a household name during his record 74-game winning streak, which was the longest in the game show's history.

The three contestants were selected for their standout performances on the show.

Rutter holds the title for the most money won by a contestant across any television game show, raking in $4.68 million in "Jeopardy!" prize money. He has never lost "Jeopardy!" to a human opponent.

Holzhauer is the record holder for all 15 of the top single-game winnings records on the show. He won the 2019 Tournament of Champions and his winnings total $2.71 million.