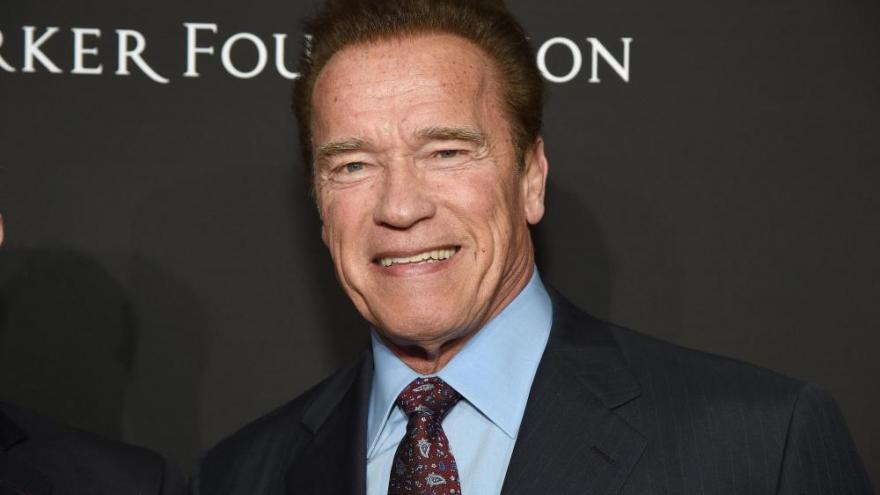 Actor and former California Gov. Arnold Schwarzenegger was involved in a multi-vehicle crash in Los Angeles with a representative telling People magazine that he wasn't hurt.

(CNN) -- Actor and former California Gov. Arnold Schwarzenegger was involved in a multi-vehicle crash Friday evening in Los Angeles with a representative telling People magazine that he wasn't hurt.

"He is fine, his only concern right now is for the woman who was injured," the representative said.

The crash happened around 4:35 p.m. PT on West Sunset Boulevard and Allenford Avenue, the Los Angeles Police Department said in a news release.

"As West L.A. Area officers arrived at scene, it was determined that four vehicles were involved," police said.

One woman was taken to a hospital for an abrasion on her head, LAPD said.

"Neither alcohol or drugs are suspected as a factor in this collision. All parties remained at scene," the LAPD said. CNN has reached out to Schwarzenegger's representatives for comment.

Schwarzenegger, 74, ran for governor as a Republican and won in 2003, ousting Democrat Gov. Gray Davis.

The actor-turned-politician, the most recent GOP member to lead the state, was reelected as governor in 2006 and left office in 2011. He was the only person in California history to win a gubernatorial race in a recall election.

The Austrian-born movie star moved in 1968 to the US where he thrived as a bodybuilder and an actor, winning Mr. Universe, Mr. Olympia and Mr. World competitions.

He also landed the lead roles in films "Conan the Barbarian," "The Terminator," and "Total Recall."

After he left the government, the actor still spoke about the political climate, expressing grave concern over the insurrection at the US Capitol and partisanship.