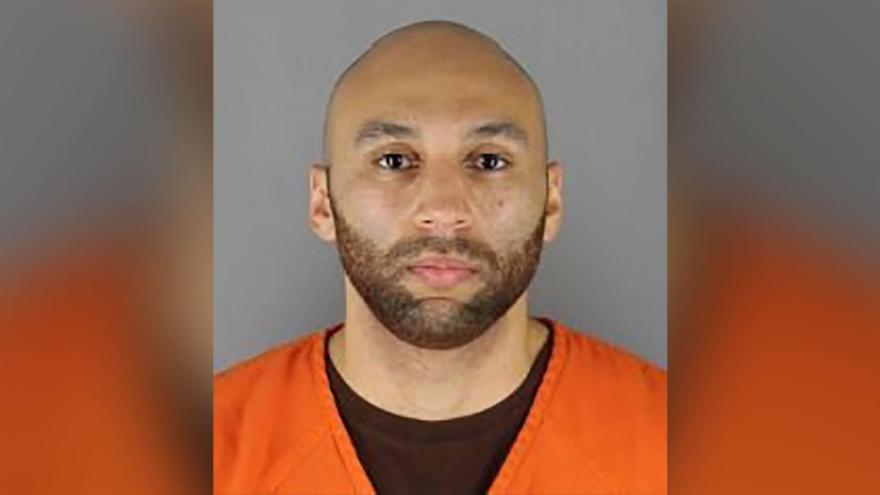 J. Alexander Kueng, the former Minneapolis police officer who assisted in the fatal restraint of George Floyd, was sentenced to 3 ½ years in prison Friday for his role in the killing.

(CNN) -- A former Minneapolis police officer who assisted in the fatal restraint of George Floyd was sentenced to 3 ½ years in prison Friday for his role in the killing.

J. Alexander Kueng pleaded guilty to aiding and abetting second-degree manslaughter on the day his state trial was to begin last October, agreeing to the plea in exchange for the state dropping a count of aiding and abetting second-degree unintentional murder in the May 25, 2020, death that triggered international protests against police brutality.

Kueng appeared remotely from the US Bureau of Prisons Elkton facility in Lisbon, Ohio, where he's serving a three-year federal sentence for violating Floyd's civil rights. He did not address the court.

"Nothing your honor, thank you," he said when asked if he had any remarks.

There was no formal victim impact statement.

"I really can't come close to comprehending what the family and friends of George Floyd have had to go through," prosecutor Matthew Frank told the court before sentencing.

"It's not just watching a video of your loved one dying and seeing it on TV over and over again. Throughout these two and a half years, throughout all the court proceedings, we think of them often and we wish them the best in healing and moving forward."

Frank said Floyd was a "crime victim" and Kueng "was not simply a bystander in what happened that day."

"Mr. Kueng was an active part of this," he added.

Kueng received credit for 84 days time served. He will be prohibited from possessing firearms and ammunition for the rest of his life, Judge Peter Cahill ruled.

His sentencing Friday was delayed several hours because of technical issues with the web conference.

Kueng, who helped restrain Floyd as Officer Derek Chauvin knelt on Floyd's neck for more than nine minutes, and another officer, Tou Thao, who fended off angry witnesses pleading for police to get off Floyd, were both convicted of federal charges in the 46-year-old father's killing. They were found guilty on charges of violating Floyd's civil rights and of failing to intervene to stop Chauvin during the restraint.

The two former cops began serving those sentences in October, according to the federal Bureau of Prisons.

Chauvin was found guilty of second-degree unintentional murder, third-degree murder and second-degree manslaughter in state court and was sentenced to 22.5 years in prison in June 2021.

In federal court, Chauvin pleaded guilty to depriving Floyd of his rights and an unrelated civil rights violation was sentenced to 21 years in prison. He is serving the sentences concurrently.

Thomas Lane, a fourth officer, who held Floyd's legs during the arrest, pleaded guilty to aiding and abetting second-degree manslaughter in the summer and was sentenced to three years in prison in September. He is serving that concurrently with a two-and-a-half-year federal sentence in Colorado.

Kueng initially was to go on trial in October with Thao.

Thao, according to his attorney, Robert Paule, agreed to a trial by stipulated evidence, meaning he waived his right to a trial by jury and the court would decide Thao's fate after reviewing evidence presented by both parties.