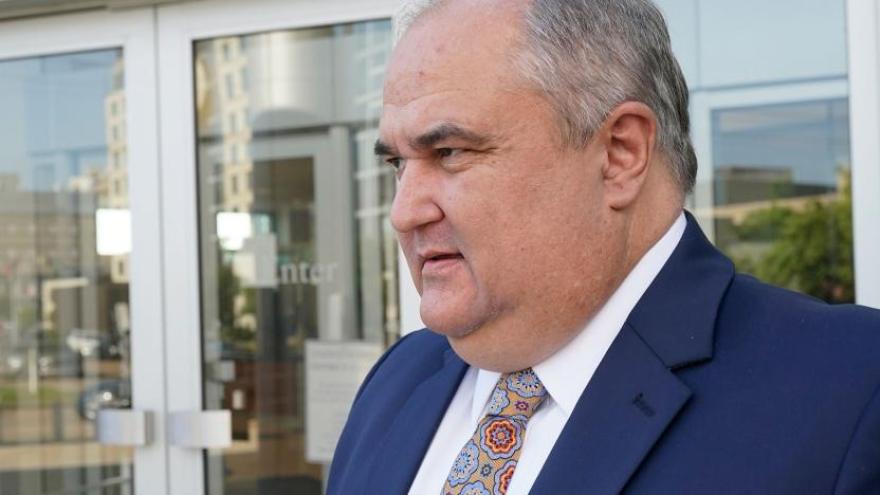 Officials from the US Department of Justice and the Hinds County District Attorney Office announced the one-time head of the Mississippi Department of Human Services, John Davis, had pleaded guilty to two federal counts and 18 state counts.

Davis, 54, served as the director of the Human Services Department at the time state auditors say more than $70 million of federal welfare funds were being misused, including being spent on officials' personal expenses and by charities on projects unrelated to the welfare program.

The DOJ said Davis and "his co-conspirators" used federal funds "for their personal use and benefit."

On Thursday, the former state official pleaded guilty to two federal charges: one count of conspiracy to commit wire fraud and to commit theft concerning programs receiving federal funds and one count of theft concerning programs receiving federal funds, the DOJ announced. He could be sentenced to up to five years in prison on the conspiracy count and 10 years on the theft count.

"Davis was one of six Defendants arrested and later indicted in 2020 in one of the largest embezzlement schemes in Mississippi history," Owens said.

Auditor says $77 million in funds were intended for welfare program

The vast fraud scheme was uncovered in 2020 by a state audit of federal funds allocated to state agencies. When State Auditor Shad White announced the finding, he called the scheme "the most egregious misspending my staff have seen in their careers."

The eight-month long investigation showed that the department gave more than $98 million to two non-profits: The Mississippi Community Education Center and the Family Resource Center of North Mississippi. Of the $98 million, $94 million was "questioned," meaning it was either definitively misspent or auditors were unable to determine whether it was legally spent.

The state auditor has said around $77 million of money was intended for a state welfare program, Temporary Assistance for Needy Families.

Last week White told CNN, "I think what you had was a lot of money being pushed through a state agency that decided to then funnel that money to a nonprofit. There just were not a ton of checks on how that nonprofit was spending this money until the auditor's office started digging into it.

"And then, you know, going another step forward into the future, I think that it's important that we show the public that there are going to be consequences for this."

According to investigators, more than $4 million was used to a build a Brett Favre-backed volleyball center at the University of Southern Mississippi, Favre's alma mater, and where his daughter played the sport at the time.

The state of Mississippi filed a civil suit against more than 35 people and entities, including Pro Football Hall of Famer, earlier this year.

Text messages were released last week as part of that civil suit by attorneys for the non-profit founded by Nancy New, who has already pleaded guilty to charges related to the welfare funds scheme. They showed Favre discussing getting money through New's nonprofit and expressing his love for Davis after being told of the funding, as well as meetings with Davis and former Mississippi Gov. Phil Bryant about the funding.

Bryant and Favre have not been criminally charged with any wrongdoing at this time. Bryant is also not named as a defendant in the civil suit.