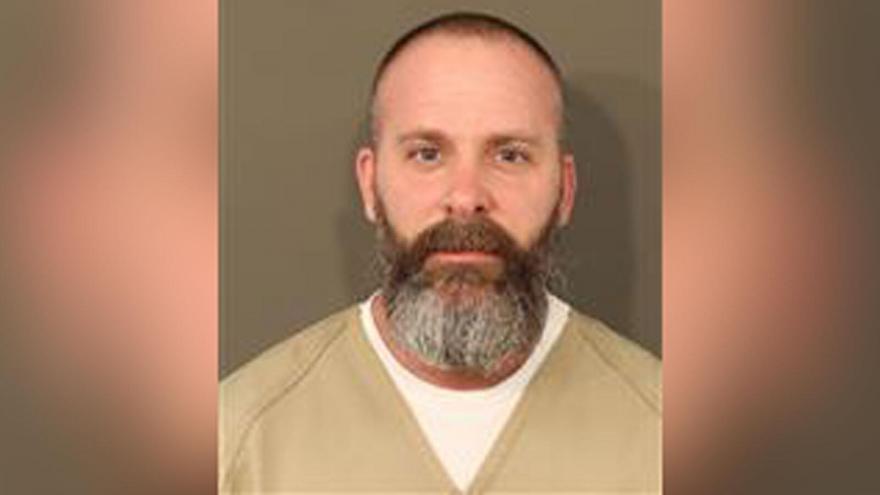 (CNN) -- A former Ohio sheriff's deputy was indicted on murder charges Thursday in the fatal shooting of a 23-year-old Black man last year that led to large-scale protests against police brutality.

Franklin County Sheriff's Deputy Jason Meade shot and killed Casey Goodson Jr. in Columbus on December 4, 2020, as Goodson was trying to enter his home with a Subway sandwich.

A grand jury indicted Meade, a 17-year veteran of the sheriff's office, on two counts of murder and one count of reckless homicide in the shooting.

Meade was working for the US Marshals Service Fugitive Task Force looking for violent offenders at the time, Columbus police have said, adding Goodson was not the person being sought by the task force.

The US Marshal for the Southern District of Ohio told reporters last year the fugitive task force was wrapping up an unrelated investigation when a deputy saw a man "driving down the street waving a gun." The man was confronted by the deputy before the man "allegedly started to pull a gun and the officer fired," Peter Tobin said.

Columbus police have said Meade reported seeing a man during the time of the task force operation in the city and was investigating the situation when reportedly there was a verbal exchange between Goodson and the deputy.

Goodson was a concealed carry permit holder in Ohio and was legally armed at the time of the shooting, according to police.

Baldwin released a statement after the grand jury indicted Meade, saying he has "reminded my staff that while everyone is presumed innocent until proven guilty, the standards for being a Franklin County Sheriff's Deputy must be even higher than that of our criminal justice system."

"As law enforcement officers we must meet this higher standard because of the immense trust we ask the community to place in us," the statement continued. "It's vital to maintain that trust, which is why I've tasked members of my staff to review the facts from the independent investigation when we're able to fully access them and determine how this agency can best learn from this tragedy."

Meade's attorneys released a statement in response to the indictment, saying, "What we all need to remember is just like Casey Goodson's family has demanded justice, so does Jason Meade and his family. We intend to litigate this case in a manner to ensure that all stones are turned over and Jason gets the process he's due."

Collins said "this journey is not over," adding, "The ultimate endgame is a conviction in the murder of Casey Goodman."

Tamala Payne, Goodson's mother, said at the news conference she wants "a conviction and a life sentence" in her son's death.

Moments after the shooting last December, Sharon Payne, Goodson's grandmother, told a 911 dispatcher she found her grandson lying in a doorway after hearing gunfire and she did not know who shot him, according to a recording obtained by CNN from the Columbus Division of Police.

Police said no other officers witnessed the shooting, no civilian eyewitnesses identified and there is no body camera footage because Franklin County Sheriff's task force officers were not equipped with body cameras at the time.

An official autopsy report released in March by attorneys for Goodson's family shows Goodson was shot in the torso six times from behind. His cause of death was determined to be gunshot wounds of the torso and the manner of death to be homicide, according to the Franklin County Coroner's Office report.

Meade's attorneys said that after the incident, Meade "continued to cooperate with law enforcement throughout this investigation and submitted a statement to law enforcement. Additionally, he remained on scene to complete a walk-through of the scene with the investigating agencies, and answered their questions concerning his distance from Mr. Goodson when he fired his weapon."

The Franklin County prosecutor, Gary Tyack, appointed two special prosecutors in June to assist in the case. The Columbus Division of Police led the investigation into the shooting and the US Attorney's Office for the Southern District of Ohio also opened a civil rights investigation.