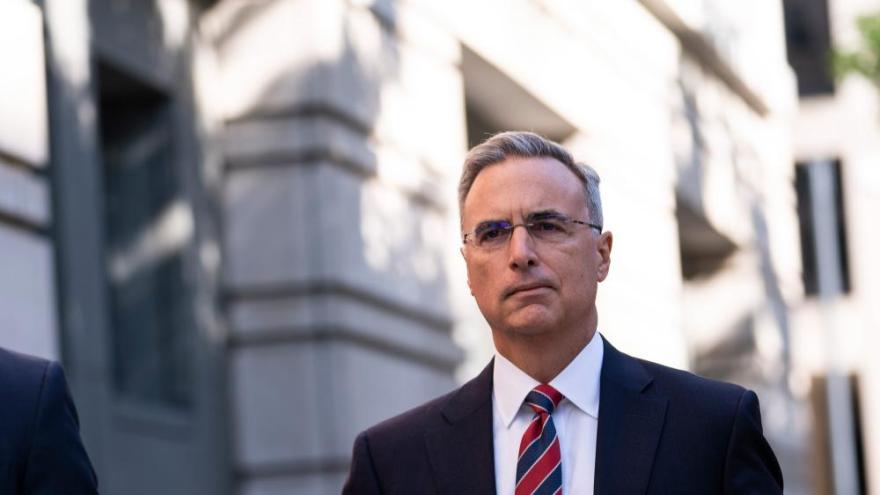 Former Trump White House counsel Pat Cipollone was seen entering the grand jury area at the US District Courthouse in Washington on December 2, indicating the Justice Department has compelled him to answer more questions.

The January 6 grand jury activity is the latest indication the investigation -- now led by special counsel Jack Smith -- has pushed in recent months to unearth new details about direct conversations with the former president and advice given to him after the election.

Cipollone was first seen entering the grand jury area with his attorney, Michael Purpura, before 9 a.m., and he was there for more than five hours. Purpura has not responded to requests for comment. The grand jury proceedings themselves are confidential.

Philbin, whom Purpura also represents, headed into the grand jury area just before the lunch hour on Friday, staying until about 4 p.m.

Thomas Windom and Mary Dohrmann, prosecutors in the January 6 investigation who are now to be led by Smith, were also seen walking in with Cipollone.

The investigators are looking at efforts to obstruct the transfer of power at the end of Trump's presidency and have obtained testimony from several administration advisers closest to the former president after the election and as the Capitol was attacked by his supporters.

CNN previously reported that Chief Judge Beryl Howell of the DC District Court, who oversees the federal grand juries in Washington, ordered Cipollone and Philbin to provide additional grand jury testimony this month, following up on their testimony in the fall. The judge has repeatedly rejected Trump's privilege claims in the Justice Department's criminal investigation of efforts to overturn the 2020 election, according to people briefed on the matter.

Philbin and Cipollone were both key witnesses to Trump's actions in the last days of his presidency. Cipollone repeatedly pushed back on efforts to overturn the 2020 election, and according to a Senate Judiciary Committee report, he and Philbin opposed a proposal to replace the attorney general with someone willing to look into false claims of election fraud.

Previously, the Justice Department compelled top advisers from Vice President Mike Pence's office to testify to the grand jury. They had sought to protect Pence in January 2021 from Trump's pressure campaign to overturn the election.

Earlier this week, Trump White House official Stephen Miller, who worked with Trump on his speech at the Ellipse, had his own day before the grand jury.

On Thursday, another leg of Smith's special counsel investigation -- into the handling of documents at Mar-a-Lago after the presidency -- was active in the courthouse. At least one Mar-a-Lago prosecutor was working in the secret grand jury proceedings, as three aides to Trump, Dan Scavino, William Russell and Beau Harrison, each appeared, according to sources familiar with them. Their attorney declined to comment.