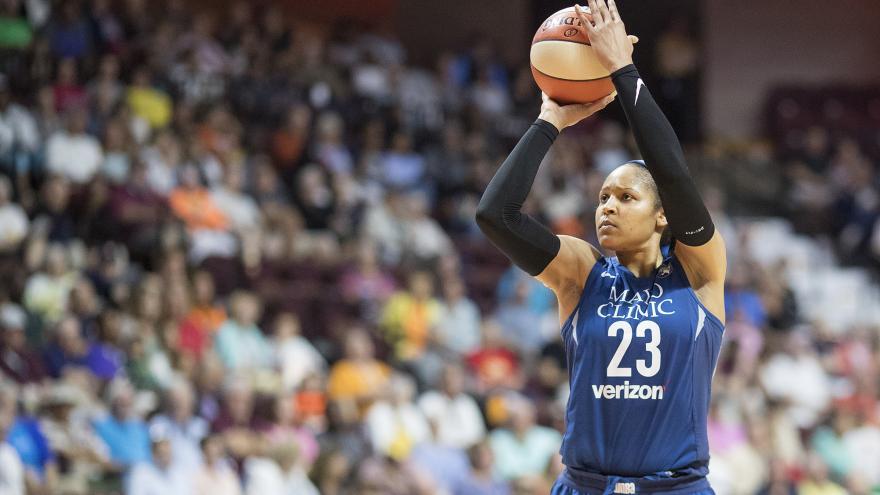 "It's time to put a close to the pro basketball life," Moore said on Good Morning America Monday. "I walked away four seasons ago but I wanted to officially retire."

Moore, 33, stepped away from the WNBA and skipped the 2020 Olympics to focus on criminal justice reform.

She worked on the release of Jonathan Irons, a man she helped exonerate after he served 22 years in prison for a crime he did not commit. The two married in 2020 and last year announced the February birth of their son, Jonathan Jr.

Moore won her first title and the WNBA's Rookie of the Year award in her first season. In 2013, she was named WNBA Finals MVP and a year later was awarded the WNBA Most Valuable Player trophy.

"I am extremely thankful for the opportunities that the WNBA, the Minnesota Lynx and basketball have given me in my lifetime," said Moore in a statement via the Lynx. "It was a dream come true for me to play basketball at the highest level and help build the foundation for women's basketball.

"Ever since I was drafted in 2011, the state of Minnesota, Lynx organization and fan base welcomed me with open arms and supported me throughout my entire career. I will forever be grateful for Glen Taylor, Coach Reeve and the Lynx community for all of the support and am excited to continue this next chapter in my life."

The six-time WNBA All-Star finished her career as Minnesota's leader in scoring average (18.4), three-point field goals made (530) and steals (449).

On Twitter, the WNBA expressed its appreciation for Moore's legendary career.

The Jefferson City, Missouri, native played her college ball at the University of Connecticut.

In four years, she was a part of the Huskies teams that finished with a 150-4 record, appeared in four NCAA Finals Fours and went undefeated in back-to-back seasons, winning national titles in 2009 and 2010.

"Her staunch advocacy for change to the criminal justice system through her 'Win With Justice' project elevated her impact to new heights, and her work has and will continue to inspire her fans around the world. We wish the best for Maya and her family in the future," Engelbert said in a statement.