Georgia Senate race will go to a runoff, CNN projects 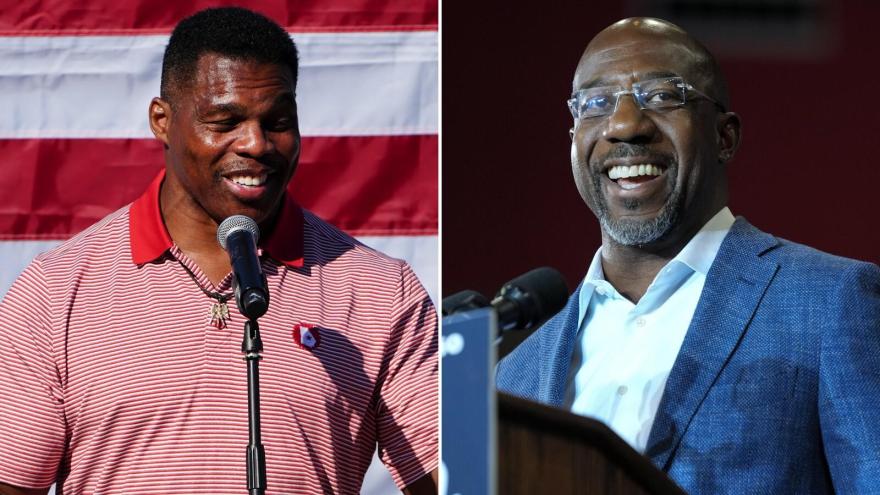 Republican candidate for US Senate Herschel Walker (L) and Senator Raphael Warnock are locked in a too-early-to-call Georgia Senate race.

Neither candidate surpassed the 50% threshold to win the race outright on Tuesday. Depending on the outcome of Senate races in Pennsylvania, Arizona and Nevada, voters in Georgia could then -- for the second consecutive election cycle -- have the Senate majority in their hands.

That the race was so tight underscores the prevalence of ticket-splitters in Georgia this year. Republican Gov. Brian Kemp comfortably defeated Democrat Stacey Abrams, CNN projected, but Walker has lagged Kemp's margin all night, while Warnock has outpaced Abrams.

In brief remarks on Tuesday night, Walker asked supporters gathered in a hotel ballroom to "hang in there a little bit longer."

Warnock has not yet addressed the crowd at his election night headquarters. But on Monday night, he joked to CNN about a potential run-off campaign.

"I think that there is bipartisan agreement that we (would) rather not have politics and Thanksgiving mixed together," Warnock said.

Both candidates are expected to speak later Wednesday, aides said, with specific plans still in flux.

Top officials from the Democratic and Republican parties also told CNN they intend to double down on their significant investments in Georgia, with an increasing assumption that control of the Senate could hinge on the outcome of a likely runoff in December.