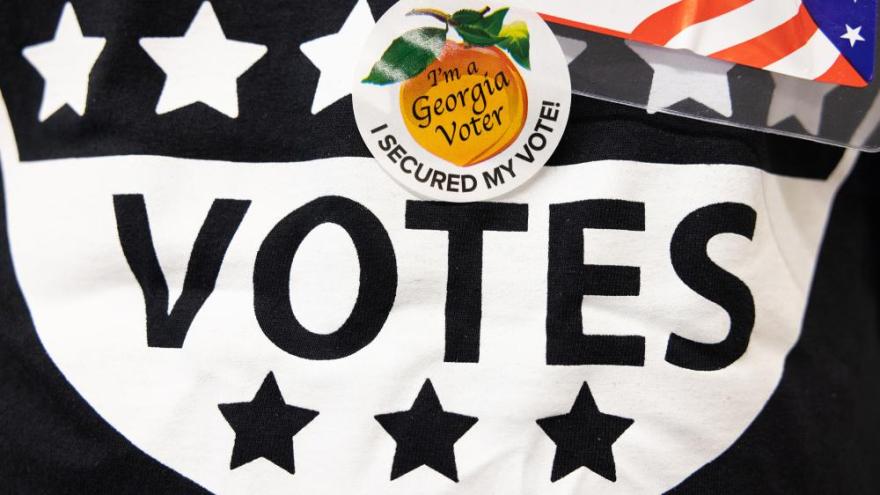 (CNN) -- The Georgia Supreme Court on Wednesday refused to block counties from offering early voting on Saturday, rejecting an emergency request from Republicans.

Counties in Georgia are not required to offer early voting on Saturday, but many have said they will do so, after Democrats successfully sued to challenge instructions from state officials claiming that early voting the Saturday after Thanksgiving was unlawful.

The move is a victory for Democrats, including Sen. Raphael Warnock, who is seeking reelection in a December 6 runoff election against Republican Herschel Walker. Three Republican Party committees had sought to block voting on the Saturday after Thanksgiving.

The Republican groups had argued that Saturday voting violated state law and would benefit Democratic strongholds, creating an "unequal system where some counties will vote on November 26 and others will not."

In response, Warnock's campaign and Democratic party committees argued that at least 19 Georgia counties -- including several with substantial numbers of Republican voters -- already were proceeding with Saturday voting. Halting voting at this late date would lead to "disarray" and "further confuse voters," they argued in a court filing.

The high-stakes runoff election between Warnock and Walker is drawing big dollars and big names to the Peach State. Former President Barack Obama is slated to stump for Warnock next week.

If Warnock wins reelection, Democrats will hold 51 seats in the 100-person chamber and will no longer have to operate under the current power-sharing agreement that relies on Vice President Kamala Harris to break tie votes in Democrats' favor.