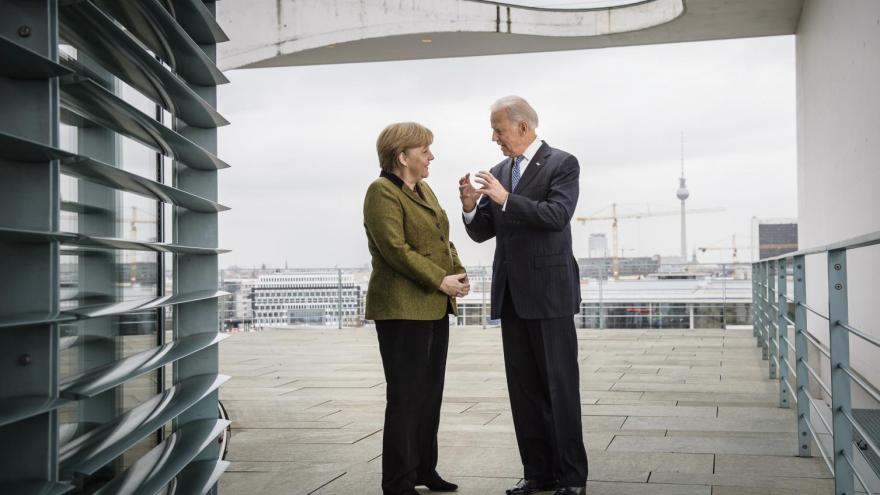 It will be her first visit to Washington during Biden's presidency, and likely her final US visit in a long era as chancellor.

Merkel is not seeking a fifth term, and elections to replace her are in September. She will have worked with four US presidents over her tenure.

The White House said Merkel will visit on July 15 with a long list of issues to discuss with Biden.

"Chancellor Merkel's visit will affirm the deep bilateral ties between the United States and Germany," the White House said. "The leaders will discuss their commitment to close cooperation on a range of common challenges, including ending the COVID-19 pandemic, addressing the threat of climate change, and promoting economic prosperity and international security based on our shared democratic values."

Biden has not met formally with Merkel, but has spoken to her by phone. He will see her in person at the G7 summit in Cornwall, which starts on Friday.

The visit comes weeks after Biden decided to waive sanctions on the company behind Russia's Nord Stream 2, an oil pipeline, citing national security reasons. His top aides suggested he wanted to avoid confrontation with Germany. Merkel came under intense pressure to back off the project following the poisoning of Alexey Navalny, the Russian opposition leader, but ultimately did not.

A former physicist with a dry humor and unique ability to cultivate American leaders as partners, Merkel has worked with Presidents George W. Bush, Barack Obama and Donald Trump.

Her close relationship with Obama was famous, but she also met and spoke with Biden during his tenure as vice president, including during his yearly visits to the Munich Security Conference.