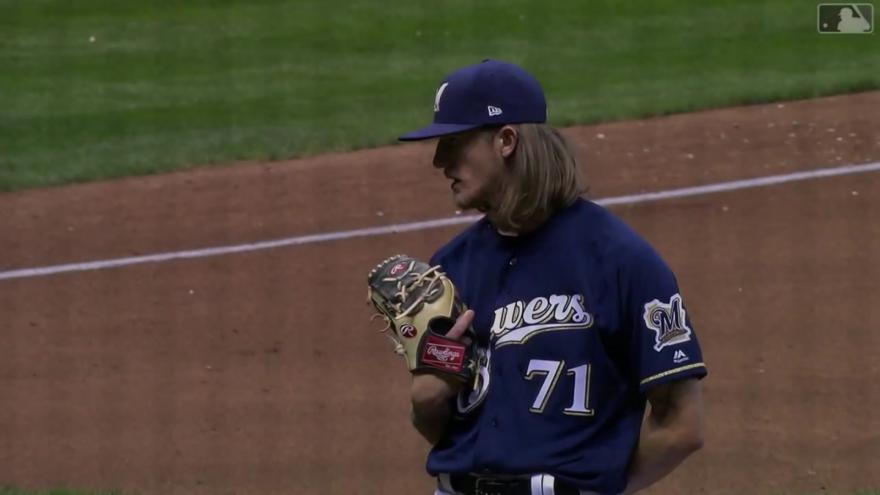 Jace Peterson broke a 1-1 tie in the sixth with the first of his two doubles for the NL Central-leading Brewers, who ended a three-game losing streak.

With the potential tying run on third base with two outs in the eighth, Urías dived to his left at shortstop to snare Kyle Farmer's liner just above the ground and end a three-run rally.

Hader did it in just 293.2 innings pitched. Only Aroldis Chapman (292.0) was faster in @MLB history.#ThisIsMyCrew pic.twitter.com/rB6NJX6hK4