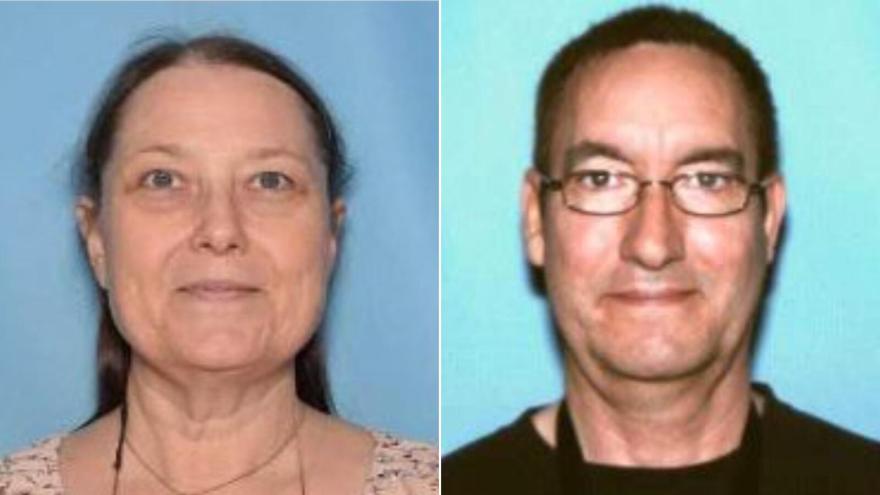 Gwynn Darle Morrison and Walter Glenn Primrose, a married couple in Hawaii, have been indicted for allegedly living under the identities of dead children from Texas and conspiring against the government.

(CNN) -- A married couple in Hawaii has been indicted for allegedly living under the identities of dead children from Texas for decades and conspiring against the government, according to unsealed federal court records.

A federal grand jury in Honolulu indicted Walter Glenn Primrose and Gwynn Darle Morrison on conspiracy, aggravated identity theft, and false statements in the application and use of a passport.

Morrison and Primrose pleaded not guilty during a teleconferenced hearing Tuesday in the US District Court in Hawaii.

An affidavit alleges that in 1987, Primrose and Morrison obtained Texas birth certificate records for deceased American-born infants that "they used to unlawfully assume the identities of 'Bobby Edward Fort' and 'Julie Lyn Montague.'"

Primrose and Morrison are said to "have agreed to assume the identities of deceased American-born infants and have been fully living in these fraudulently assumed identities since 1987," according to an affidavit in the complaint.

Federal prosecutors also say they have pictures of Primrose and Morrison in a KGB jacket which prosecutors entered into court as part of a motion to deny the couple bail.

CNN has reached out to the attorneys for the couple for a statement but has not yet heard back.

Morrison's attorney Megan Kau told CNN affiliate Hawaii News Now (HNN) that Morrison is "shocked" by the accusations. "She has nothing to do with Russia," Kau said.

Kau said the KGB jacket didn't belong to Primrose or Morrison. "She tried on a uniform that was at a friend's house one time and they took pictures," Kau told HNN. "She was born and raised in the United States and she wants the world to know that she is not a spy."

A close friend of Morrison told federal agents that Morrison lived in Romania years ago "while that country was within the Communist bloc." No record of a passport in Morrison's name was found by the Department of State that would allow her to travel internationally, the motion states.

Meanwhile, a motion to detain Primrose without bond was granted on July 28, a court docket shows.

During Tuesday's hearing, the court also granted a motion made by the government calling for Morrison to be detained without bail.

"Based upon the instant record, the Court does not reach any conclusions concerning whether and to what extent Defendant may pose a significant risk of danger to the community, if released," according to court records.

Prosecutors filed the motion to detain the defendants alleging Primrose and Morrison are a serious flight risk and that Primrose has had secret clearance as a defense contractor with the US Coast Guard (USCG) Air Station at Barbers Point on Oahu for six years.

The motion also claims Primrose had secret clearance as an avionics electrical technician in the USCG before that and was required to report any foreign travel, but an investigation revealed he failed to report several trips to Canada even though he reported other foreign travel.

The motion added that through his work in the USCG, he has "become highly skilled in electronics and would be able to communicate surreptitiously with others if released from pretrial confinement."

Primrose is currently in the custody of the US Marshals Service at the Federal Detention Center in Honolulu, according to minutes from his detention hearing. A telephonic preliminary hearing is also set for August 8.

Dennis K. Thomas, Special Agent for the US Department of State Bureau of Diplomatic Security Service (DSS) alleges in the complaint/affidavit that Primrose and Morrison "unlawfully assumed the identities of deceased United States citizens" to apply for US passports, social security cards, and Department of Defense identity document cards.

Primrose's attorney Max Mizono said in an email to CNN, "I have no comments or statements about his case."

A trial and jury selection is expected to begin on September 26 before District Judge Leslie E. Kobayashi.