He ate how many? Hot dog champ does it again 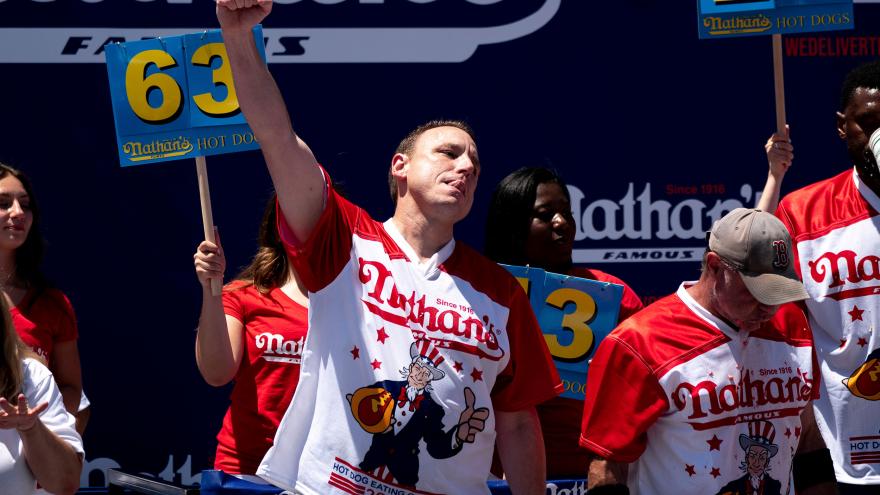 Chestnut has won the long-running Independence Day contest seven consecutive times and 15 of the last 16 years.

He put away 15 and a half more hot dogs than his closest competitor, Geoffrey Esper, but came up well short of his own personal record of 76 set last year.

Chestnut was eating through injury after arriving on crutches with his right foot in a cast, though he told CNN affiliate WCBS on Friday he felt better than he looked.

The 2022 edition made a return to the Nathan's Famous location on Surf Avenue on Coney Island, New York, for the first time since 2019. Covid-19 concerns led to the competition being relocated the past two years.

According to Nathan's, legend has it that the first contest of its kind was held July 4, 1916, as four immigrants competed to show how patriotic they were.