Here's how the Senate could change your 401(k) plan 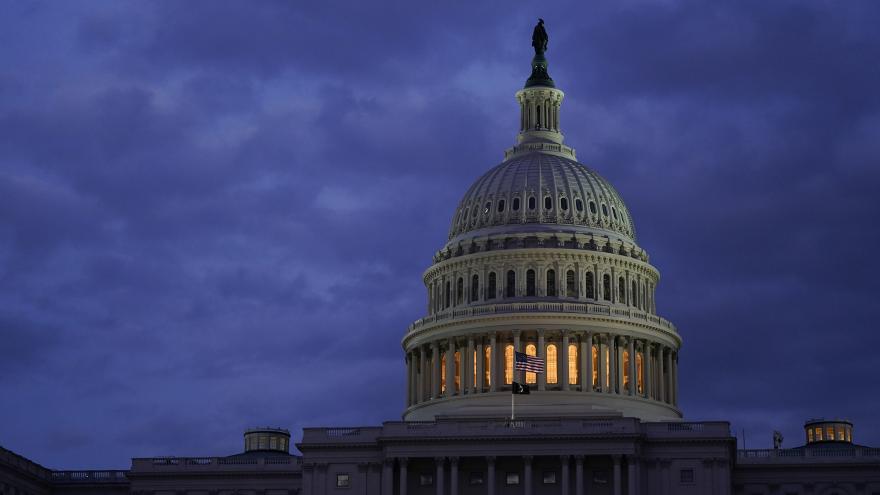 (CNN) -- The US Senate has retirement on the brain, and it's not because the average age of the legislative body is 64. A group of new bills that could change the way Americans save for retirement have landed on lawmakers' desks this spring.

The proposals have broad, bipartisan support and a clear path forward, say experts. If Senators are able to reconcile their ideas into a concise package, President Joe Biden could sign the changes into law before Congress' August recess.

Here's a look at the changes under consideration.

Last month Congress almost unanimously passed SECURE 2.0, a bill that makes big changes to rules for 401(k) and 403(b) accounts to address America's impending retirement crisis. (By 2030, about 21% of the country's population will be 65 or older, and only 36% of adults think their savings are on track.)

The bill is now in the Senate, which has proposed changes:

US Senators Rob Portman, an Ohio Republican and Ben Cardin, a Democrat from Maryland, who have worked together on retirement issues for years, recently introduced their Retirement Security and Savings Act (S.1770) which has significant overlap with the House's SECURE 2.0 act.

The senators would like their plan to be the basis of the Senate's companion bill, but there are some major differences: There is no provision for automatic enrollment, for one. The House bill would increase the required minimum distribution age of 401(k) funds to 73 beginning in 2022, 74 beginning in 2029, and 75 beginning in 2032. The Cardin-Portman plan would increase the age to 75 in 2032 without the intervening steps. The House plan would raise catch-up contributions, but employees would pay taxes before they contribute; the Cardin and Portman plan doesn't require this.

During a Senate hearing on retirement savings last month, panel chair Patty Murray said that she and Republican Senator Richard Burr are working to create another retirement package that would move to the floor "later this spring."

"It is painfully clear we need to do more to strengthen people's emergency savings and retirement security," Murray said.

The bill has yet to be written, but analysts believe that it will leave out the auto enroll provision, though it will include incentives to encourage companies to implement that feature on their own.

This Senate bill would build upon the House's "Retirement Improvement and Savings Enhancement (RISE) Act," which was expanded and folded into the SECURE 2.0 Act. Murray said her bill would focus on providing new emergency savings options, encourage auto re-enrollment, and help people locate 'lost' retirement accounts.

The bill could also bolster fee disclosures and encourage retirement plans to include annuities, a tool that allows investors to make a series of payments to an insurance company that regularly pays a specific amount back to them in the future.

In April, Senators Tom Carper and John Barrasso introduced legislation called "The Starter-K Act of 2022," which is aimed at expanding access to retirement savings plans.

Currently, only half of small businesses with fewer than 50 employees in the US provide a retirement plan for their workers. Their plan would create "starter" retirement contribution plans with streamlined regulations that lower costs for small businesses and start-ups that enroll. Employees of the participating businesses would be automatically enrolled, and could save up to $6,000 per year.

Fitting the pieces together

The Senate has a lot to consider as they move forward, but there is bipartisan agreement that change needs to happen: Nearly 70% of private industry workers have access to a 401(k) account, but only 50% use it, and less than 40% of lower-paid workers have any retirement accounts at all.

What happens next is a tale of two bills: the Senate Finance Committee will mark up the Cadrin-Portman Bill and the the Senate Committee on Finance and Health, Education, Labor and Pensions will mark up the Murray-Burr Bill. Provisions like The Starter-K Act could be added into the plans during these mark-ups. Eventually, the two committees will work to combine their plans into one, which willgo to the floor of the Senate for a vote.

After that, the plan would go to committee where the House and Senate would hammer out any differences before sending the final bill to President Joe Biden for his signature.

The Senate could vote on the plan before the August recess, said Angela Montez, special counsel at the law firm Eversheds Sutherland, where she focuses on retirement and investment policy.

"We're heading into midterms and folks will want to have an accomplishment to tout," she said. "It's a good package for people to run on."