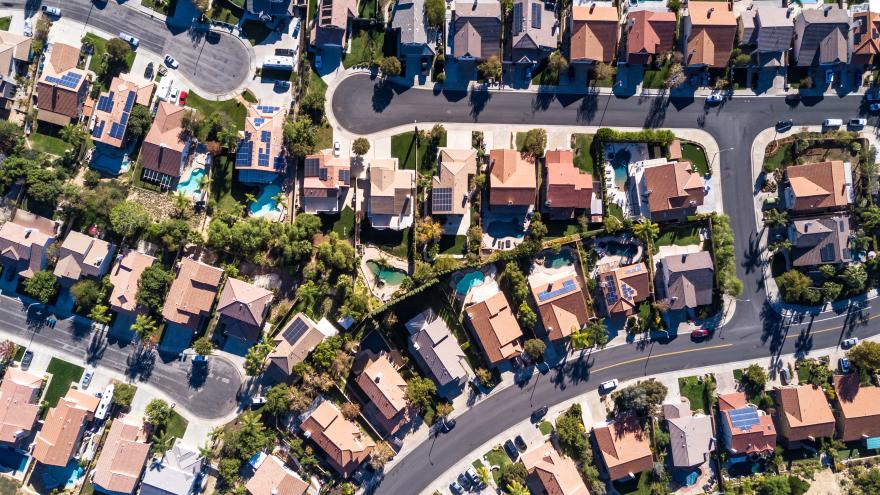 Meanwhile home sales had their weakest year since 2014, with 5.03 million homes sold, down 17.8% from the year before. It was the biggest annual drop in sales since 2008, when the market was in the midst of the housing crisis.

Sales of existing homes — which include single-family homes, townhomes, condominiums and co-ops — declined for the 11th month in a row in December, even as surging mortgage rates that were over 7% in November came down slightly. Buyers were kept out of the market by stubbornly high prices and rates still double what they were the year before.

In December, sales dropped 1.5% from November and were down 34% from a year ago. All regions of the country saw year-over-year declines in sales, and three regions saw month-to-month drops, with the West unchanged.

But prices kept rising in December, with a median price of $366,900, up 2.3% from a year ago, which is the smallest price gain since the lockdown period in May 2020. The price increase marks more than a decade of year-over-year monthly gains.

'A transition year' for real estate

After 2021's real-estate boom fueled by some of the lowest mortgage rates on record, 2022's rise in rates in clamped down demand and slowed home price growth. Now, the housing market is transitioning to something closer to typical in the year ahead, experts say.

"After the boom of sales in 2021, 2022 was a transition year in which sales declined sizeably," said Yun. "We know there are concerns about the housing market tumbling down and sales have come down, but the prices are up for the year."

While the 10% gain in median home prices over the year was less than the 17% annual gain in 2021, month-by-month price appreciation got smaller throughout 2022 with a 15.4% annual price increase in January dwindling to December's 2.3% price growth from the prior year.

"December's price gain is close to 0%, which means half of the country is seeing some kind of price declines and other half is seeing price increases," said Yun.Areas where prices had the largest jumps in prices over the past few years —- Phoenix; Austin, Texas; and Las Vegas — are also places seeing prices drop by the most.

But for those who do not own a home, he added, home prices have risen much faster than income. That presents affordability challenges for many would-be buyers.

The one bright spot, he said, was that December home prices only increased 2.3% from a year earlier.

"In many markets, we're seeing home prices fall from inflated levels, which spells opportunity for some prospective buyers," said Frick. "However, while mortgage rates have fallen a full percentage point to about 6%, that level is still too high to encourage many more listings and much more buying."

While inventory in December is up from a year ago, total housing inventory is still under one million units, which is historically low.

Inventory of homes for sale remains stubbornly low because many would-be home sellers are reluctant to part with the ultra-low mortgage rate they bought or refinanced into over the past few years.

As of the third quarter of 2022, the overwhelming majority of outstanding mortgages have a rate at or below 6%, according to Mark Fleming, chief economist at First American.

"That leaves many existing homeowners in a position where it would cost more to borrow the same amount of money they owe on their current mortgage, which prevents them from listing their home for sale and adding supply to the market," said Fleming.

"The good news is that new-home inventory is on the rise, and total inventory usually picks up heading into the spring season," he said. "The residential housing market suffered a deep freeze in the winter months of 2022, but there is reason to believe that it will begin to thaw as the spring home-buying season approaches."