Hospitals soon could have to reveal negotiated rates with insurers 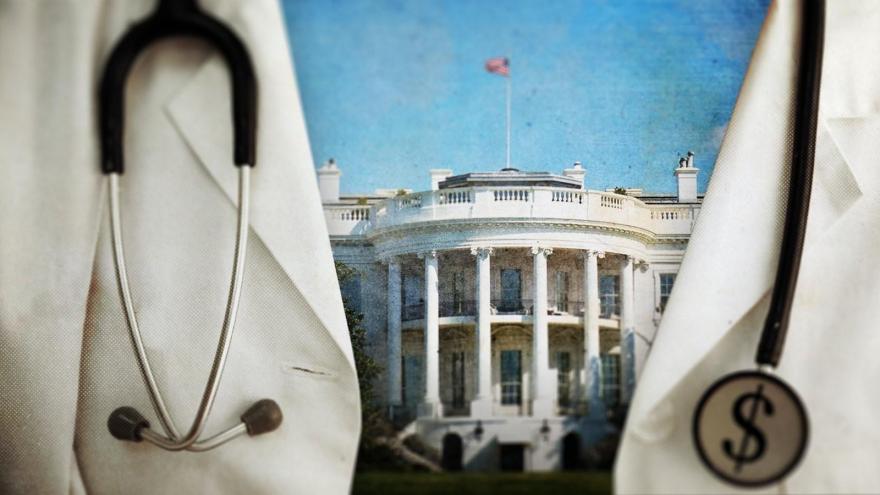 Hospitals could be required to post online the rates they privately negotiate with insurers under a proposed rule by the Trump administration, likely sparking a battle with a powerful industry.

(CNN) -- Hospitals could be required to post online the rates they privately negotiate with insurers under a proposed rule by the Trump administration, likely sparking a battle with a powerful industry.

The proposal, the latest step in the administration's quest to lower health care costs, stems from an executive order President Donald Trump issued last month. The administration argues that increasing price transparency will lead to a more competitive marketplace.

But the effort is likely to face a strong backlash from the health care sector, which has long guarded pricing information.

If the proposed rule is approved, more than 6,000 hospitals would have to post their negotiated charges for at least 300 "shoppable" common services that can be scheduled in advance, such as MRIs, outpatient visits, cesarean deliveries or hip replacements.

Patients would be able to search by hospital and insurance plan, though the information would not have their personal deductible or copay details, so it would not tell them what they would have to pay out of pocket.

"We are taking a big step today to ensure that we are empowering patients with the information they need to make informed health care decisions," said Seema Verma, administrator of the Centers for Medicare and Medicaid Services.

The rule would take effect in January. Hospitals that don't comply face a civil penalty of $300 a day.

Trump has long promised to tackle the high cost of health care in America, one of the nation's thorniest problems. The administration already requires hospitals to post their list prices, but experts say that measure was not helpful because most people have insurance and don't pay that rate.

Several of the President's other efforts have been thwarted, including requiring drug makers to post their list prices in television ads. A district judge nixed that rule earlier this month.

Industry groups representing hospitals and insurers were quick to voice their opposition to the latest disclosure proposal, while also blaming one another for high health care costs.

"While we support transparency, today's proposal misses the mark, exceeds the administration's legal authority and should be abandoned," said Rick Pollack, the association's CEO.

America's Health Insurance Plans said the proposal "will make it harder to bargain for lower rates, creating a floor -- not a ceiling -- for the prices that hospitals would be willing to accept."

The administration, however, is ready to take on the industry and does have the authority to require such disclosures, Verma said.

"We are not about protecting the status quo when it doesn't work for patients," she said.

While some health policy experts contend that disclosing prices would have little effect because Americans don't shop for health care, Verma argues that it will prompt a narrowing of the range of prices different hospitals charge for services. Then, she said, the rates should start to go down.