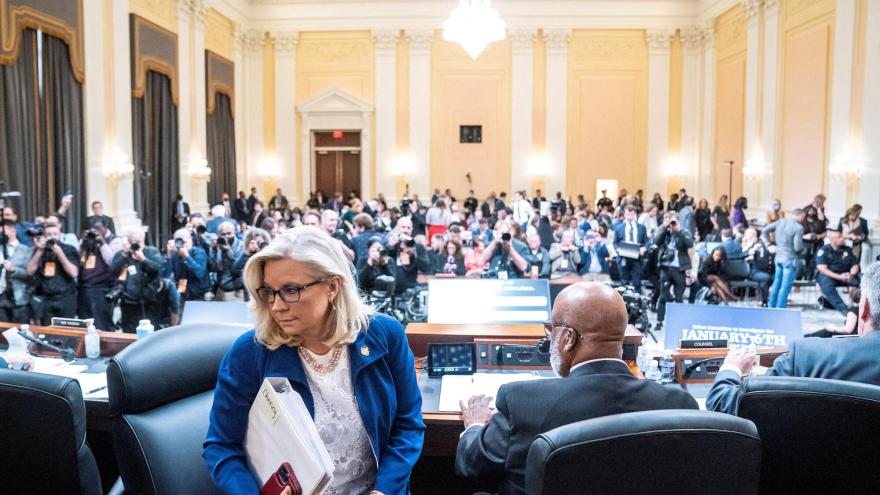 On November 7, the House select committee investigating January 6 interviewed the driver of then-President Donald Trump's presidential vehicle on the day of the US Capitol attack. Vice Chair Liz Cheney and Chairman Bennie Thompson are pictured on October 13 in Washington.

(CNN) -- The House select committee investigating January 6 on Monday interviewed the driver of then-President Donald Trump's presidential vehicle on the day of the US Capitol attack, multiple sources tell CNN.

In recent days, the panel has interviewed a growing number of Secret Service agents and officials as part of its investigation, including the one-time head of former Vice President Mike Pence's security detail, Tim Giebels; former Secret Service agent John Gutsmiedl; agency spokesman Anthony Guglielmi; and the Secret Service agent who was in the lead car of Trump's motorcade on January 6.

CNN reported last week that the committee was in the process of scheduling the interview for the driver, whose name has not been publicly revealed, of Trump's presidential vehicle.

The committee has not interviewed the driver previously, sources tell CNN, who was a key eyewitness to Trump's behavior in his presidential SUV on the day of the Capitol attack that the panel has been investigating for months.

CNN has reached out to Secret Service for comment. The select committee declined to comment to CNN.

Former White House staffer Cassidy Hutchinson testified publicly on June 28 that then-deputy White House chief of staff Tony Ornato told her that Trump got so angry when he was told he could not go to the Capitol on January 6 after his speech that morning that he reached up toward the front of the vehicle to grab at the steering wheel with one hand and lunged at Robert Engel, his Secret Service agent on that day, with the other.

"The President reached up towards the front of the vehicle to grab at the steering wheel. Mr. Engel grabbed his arm, said 'Sir; you need to take your hand off the steering wheel. We're going back to the West Wing. We're not going to the Capitol.' Mr. Trump then used his free hand to lunge towards Bobby Engel," Hutchinson testified.

Hutchinson said that Ornato told her this story of Trump being "irate" back at his White House office later that day with Engel present. She said Engel "did not correct or disagree with any part of the story."

Both Ornato, who briefly left the agency to serve as Trump's deputy chief of staff, and Engel met with the committee prior to Hutchinson's testimony. The committee has said they want to hear from both again.

CORRECTION: This story has been updated to correct Tony Ornato's title and his role in the incident described by Cassidy Hutchinson to the House panel investigating the January 6 attack on the Capitol.