How much 'pain' is the Fed willing to inflict? Wednesday's rate hike will offer clues 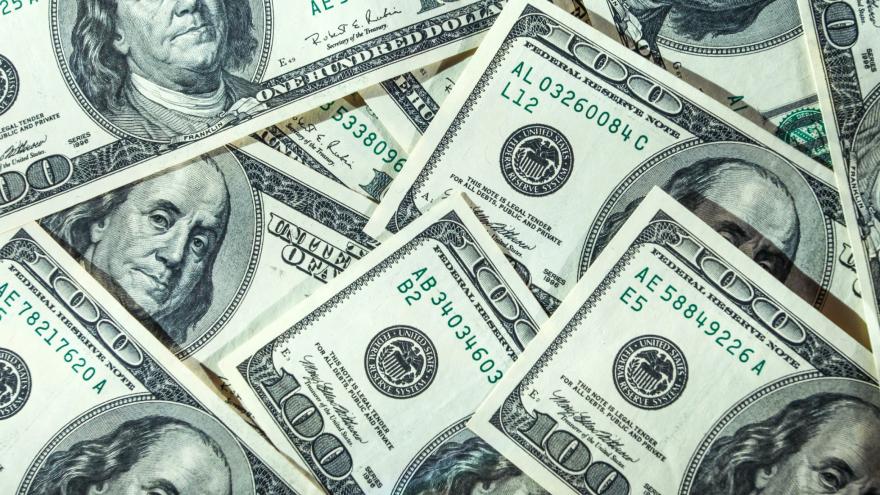 (CNN) -- The Federal Reserve is expected to raise interest rates on Wednesday by three-quarters of a percentage point for the third consecutive time in an aggressive move to tackle white-hot inflation that is plaguing the economy, frustrating consumers and stifling the Biden administration.

Imposing another massive hike would mark the central bank's toughest policy move in its fight against inflation since the 1980s — another period of sky-high prices. It would also likely cause economic pain for millions of American businesses and households by pushing up the cost of borrowing for homes, cars and other loans.

The Fed's anticipated actions would increase the rate that banks charge each other for overnight borrowing to 3-3.25%, the highest since the 2008 global financial crisis.

Federal Reserve Chairman Jerome Powell has acknowledged the economic pain this rapid tightening regime may cause.

"We must keep at it until the job is done," he said at an August central bankers' forum in Jackson Hole, Wyoming. "While higher interest rates, slower growth, and softer labor market conditions will bring down inflation, they will also bring some pain to households and businesses. These are the unfortunate costs of reducing inflation. But a failure to restore price stability would mean far greater pain," he warned.

Investors and economists will be eagerly awaiting clarity on what that "pain" entails. So far, the Fed's series of aggressive rate hikes mean that consumers are currently being charged the highest credit card rates since 1996, mortgage rates have topped 6%, and auto loans are the highest since 2012, noted Greg McBride, chief analyst at Bankrate.

Powell's Jackson Hole comments also preceded new economic data that shows inflation, as measured by the latest Consumer Price Index report, is still elevated at 8.3% for the year ended in August. Moreover, the monthly reading from July to August showed that headline inflation crept up by 0.1%, when most economists expected it to slow. Core CPI, (which strips out volatile components like food and gas) rose twice as much as economists were expecting. That triggered a meltdown on Wall Street.

The higher prices mean that consumers are spending around $460 more per month on groceries than they were this time last year, according to Moody's Analytics. Still, the job market remains strong, as does consumer spending. Housing prices remain high in many areas, even though there has been a substantial spike in mortgage rates. That means the Fed may feel that the economy can swallow more aggressive rate hikes.

A larger hike is possible, but unlikely

Some economists even expect the Fed to implement a massive — and historic — full-point rate hike on Wednesday. While that would be a considerable surprise at this point,August inflation dataled to calls for the massive move.

Economists at brokerage Nomura Securities, for example, changed their forecast from 75 basis points to 100 basis pointslast week. Former Treasury Secretary Larry Summers said he doesn't think gradual increases in interest rates have been working to tamp down high prices: The Fed has hiked rates four times already this year, and inflation remains near 40-year highs, he pointed out.

But it's unlikely that the Federal Reserve will raise rates by a full percentage point. The consensus amongst economists and Wall Street analysts is still for a 75 basis point hike, with just 18% projecting the larger hike, according to the CME FedWatch Tool.

Bad for markets, good for the Fed

Whichever path the Fed chooses, these are massive rate hikes that would have been unimaginable just a few months ago — and markets don't often take kindly to interest rate hikes, which can negatively impact earnings and stock prices.

That may be what the Fed wants. Some economists think shocking markets is a good thing, and at least one Fed official agrees.

Neel Kashari, president of the Federal Reserve Bank of Minneapolis, said last month that he was happy markets tanked after Powell warned of pain ahead. It meant that people understood the seriousness of the Fed's commitment to getting inflation rates back down to 2%, he said.

The Fed wants "a weaker stock market. They want higher bond yields," former New York Federal Reserve President Bill Dudley told CNN back in May. "The stock market I think is finally catching on to that."

Investors may be hoping for a dovish pivot, but Powell is aiming to end the market's "addiction to Fed easing when stocks decline," said Danielle DiMartino Booth, CEO and chief strategist of Quill Intelligence.

What else investors are watching: The Federal Reserve will on Wednesday afternoon also release quarterly forecasts for inflation, the economy, and the future path of interest rates. Investors will study the central bank's projections to try and predict future rate hikes and to gauge how policy officials expect their actions to impact the economy.

"Expect a broad-based uptick in unemployment projections for next year as the Fed further explains what it means by necessary 'pain' for the economy," said Jeffrey Roach, chief economist for LPL Financial.

The Federal Reserve announces its rate hike decision Wednesday at 2 p.m. ET, at the conclusion of its two-day meeting. That will be followed by a press conference with Fed Chair Powell at 2:30 p.m.