How Redbox became a Wall Street darling once again 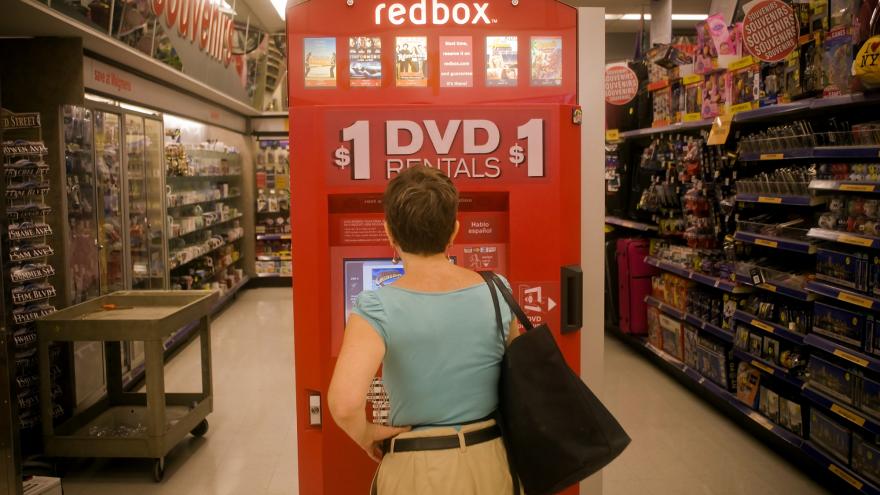 (CNN) -- It wasn't too long ago when some movie fans found that the easiest and cheapest way to watch movies in a post-Blockbuster world was to rent DVDs from Redbox kiosks at the drug store and other retailers. Ahh, the early 2010's. The rise of Netflix and other streaming services pretty much killed that business though.

But Redbox is back. It's built its own streaming operation. And the company's stock is somewhat inexplicably one of the hottest on Wall Street, even as Netflix has plummeted.

Shares of Redbox are up more than 20% this year, about 55% in the past month and nearly 200% in the past three months. That's in stark contrast to the 70% plunge for Netflix, the worst stock in the S&P 500. Disney, which has its own the vaunted Disney+ streaming service, is down 40%, making it the biggest dog of the Dow.

Other media companies with streaming services, including Paramount Global, Peacock owner Comcast and CNN parent Warner Bros. Discovery, which has both HBO Max and Discovery+, have fallen sharply in 2022 as well.

Now there is concern that there are too many streamers chasing too few customers. Apple and Amazon have streaming services, too. Disney also owns Hulu. And consumers may be cutting back on non-essential monthly subscriptions as recession fears grow.

So why is Redbox thriving? It's a bit complicated.

But Redbox has also been a target of short sellers, investors (particularly hedge funds) who bet that a stock will go down. More than 30% of the company's available shares were being held short as of the end of May, a very large amount.

And it's the interest from the shorts, strangely enough, that may be helping to lift Redbox stock.

It seems that Redbox has become a favorite of the Reddit meme stock crowd, those investors that have helped boost GameStop, AMC and, more recently, bankrupt makeup giant Revlon.

A quick look at the RDBX subreddit shows that there the company is getting support from individual investors who are buying the stock in order to "squeeze" the shorts.

When a heavily shorted stock rises, that inflicts more pain on short sellers. That's because short sellers borrow shares and then sell them with the hopes of buying them back at a lower price before returning them. They pocket the difference as a profit. But if the price goes up, the shorts can lose a lot of money.

Some fans on Reddit are predicting wildly higher prices for Redbox. There's even the now obligatory reference to Redbox as a MOASS --— Mother of All Short Squeezes. (That same acronym was used to tout GameStop and AMC too.)

The problem with short squeezes is that they rarely last long. Redbox is now quickly losing momentum.

The stock fell more than 10% Thursday to around $9 and is now down about 40% from a recent high of just under $15 a share in mid-June. The Redbox squeeze may have been fun while it lasted, but make no mistake: the company is not the next Netflix or Disney.