How resilient is the US consumer? 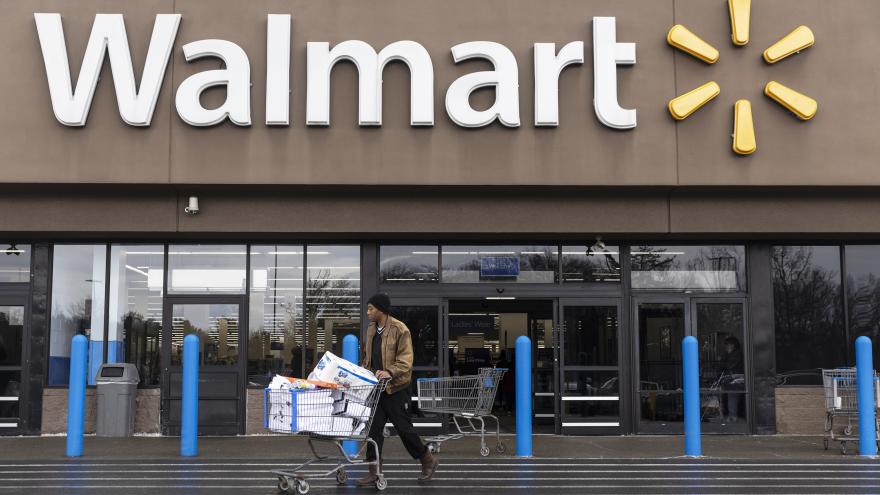 (CNN) -- Worries about an economic slowdown are running wild on Wall Street. Despite concerns about inflation, higher interest rates from the Federal Reserve, supply chain issues and geopolitical turmoil due to Russia's invasion of Ukraine and Covid outbreaks in China, American consumers continue to do what they do best: shop until they drop.

Retail sales rose at a healthy 0.5% clip in March when compared to February and were up 6.9% from March 2021. Economists are expecting that the strong trend for retail lasted into April as well. The government will report retail sales figures for April on Tuesday. Forecasts are calling for a 0.7% jump from March levels.

"We are yet to see a looming recession show up in hard economic data," said Mark Holman, partner and portfolio manager with TwentyFour Asset Management in a blog post, adding that "retail sales have held firm."

The takeaway for investors: Follow what consumers do, not what they say. Weaker consumer sentiment may sound scary, but it's more important to keep an eye on actual spending as opposed to touchy-feely confidence measures.

Leading retailers will also provide more clues about the health of the US shopper when they report earnings later this week. Walmart, Target, Home Depot, Lowe's, TJX and Kohl's are among the top retailers on tap to release first quarter results.

Earnings and sales for these top brick-and-mortar chains are expected to be solid, as consumers have begun to venture back out more and shop in person instead of buying stuff more on their phones and laptops.

Shares of Amazon, eBay, Wayfair, Etsy and other online retailers have tumbled sharply this year in part due to this phenomenon.

Physical retailers that have already reported results for the first quarter are also indicating that the US consumer remains resilient despite economic headwinds.

"I think a lot of people are worried about the impact of inflation on customer spending. Will we be slipping into a recession?" said James Conroy, CEO of footwear retailer Boot Barn, on an earnings call with analysts this month. But he added that the customer "tends to be pretty solid" and that "right now, we're feeling very strong momentum."

Other retailers are touting the fact that they have been able to raise prices because of commodity pressures without hurting sales.

"We are seeing pricing power across all of our brands," said Joanne Crevoiserat, CEO of Tapestry, which owns Coach and the Kate Spade and Stuart Weitzman luxury brands, during an earnings call.

"Consumers continue to recognize the value we're delivering. We've seen no consumer pushback on the price increases," she added.

It's not clear how much longer retailers can keep raising prices before consumers finally throw up their hands and stop shopping for non-essential goods. But retailers will probably keep pushing the envelope for the foreseeable future.

Huge rate hikes back on the table?

One factor that could slow down consumers would be even larger rate hikes from the Federal Reserve. Long-term bond yields have pulled back in recent days after shooting above 3% for the first time since December 2018 earlier this month.

Fed chair Jerome Powell has strongly suggested that the idea of raising rates by more than a half-percentage point at any given meeting is unlikely after the Fed hiked rates by a half point earlier this month, from 0.25% to 0.75%. That was the first half-point increase since 2000.

The Fed hasn't raised rates by more than a half-point since a three-quarter-point hike in 1994. But it may be too soon to rule out hikes of that magnitude, even though Powell seems to be leaning against it for now. Recall that Powell also repeatedly referred to inflation pressures as being "transitory." Turns out that they weren't.

Traders are currently pricing in a more than 15% chance of a three-quarters of a point rate hike at the Fed's June 15 meeting. One expert said that the Fed probably won't boost rates that much next month, but one could be on the table in July.

"I don't anticipate a 75 basis points hike at the next meeting but you could see one after that," said Sonal Desai, chief investment officer for Franklin Templeton Fixed Income Group.

Desai said the economic data will continue to dictate what the Fed does next. It doesn't matter what Powell says about inflation. If pricing pressures don't abate soon, the Fed will have to act more aggressively.

"The Fed is still data dependent," Desai said. "I don't think the Fed wants to surprise the markets but the data could still surprise the Fed."