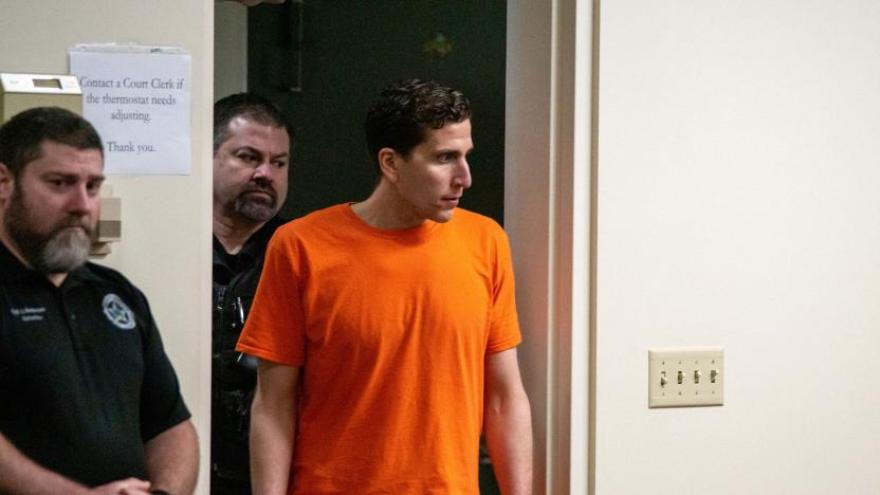 (CNN) -- Bryan Kohberger, the 28-year-old man accused of killing four University of Idaho students, followed "all three of the female victims on Instagram," but they didn't follow him back, PEOPLE reported, citing an investigator familiar with the case and their own review of the now-deleted account.

"Authorities have not said if the victims knew Kohberger, but the suspect's now-deleted Instagram account — which was reviewed by PEOPLE before it was removed — followed the accounts of Mogen, Goncalves and Kernodle," the outlet noted.

The suspect allegedly contacted one of the female victims "repeatedly" in late October -- roughly two weeks before the killings, the PEOPLE reported, adding that the unidentified victim did not respond to the messages. It's unclear if that victim had seen the alleged messages sent from Kohberger.

Kohberger is scheduled to have a preliminary court hearing in June where a judge will determine if there is enough evidence to proceed to trial. He has not yet entered a plea, but an attorney representing Kohberger during his extradition from Pennsylvania told NBC earlier this month he "believes he's going to be exonerated."

A broad and sweeping gag order in State v. Kohberger was amended on Thursday, expanding the scope of parties legally ordered to not speak publicly about the case. This includes "attorneys for any interested party in the case" including "any attorney representing a witness, victim, or victim's family."

Kohberger also visited the restaurant where two of the victims worked in the weeks before their killings, according to PEOPLE.

Citing a former employee, the outlet reported Kohberger went to the restaurant at least twice to order vegan pizza. Though nothing appeared suspicious about his visits, the employee told the magazine that Kohberger checked that his vegan food did not come in contact with animal products.

CNN has previously reported that two of the students killed, Kernodle and Mogen, worked at The Mad Greek in Moscow, Idaho. A former coworker, Ireland Dunning, told CNN in November, "They just brought light to the room that they were in. They weren't really ever negative when I was around them. They were always positive."

The Mad Greek sits amid a row of restaurants, cafes and other businesses along the bustling Main Street that is frequented by locals and students from the University of Idaho and Washington State University. It's about a 20 minute drive from Kohberger's apartment in Pullman, Washington.