'I'm just Serena': Williams' US Open performances give hope of improbable grand slam triumph ahead of 3rd round match 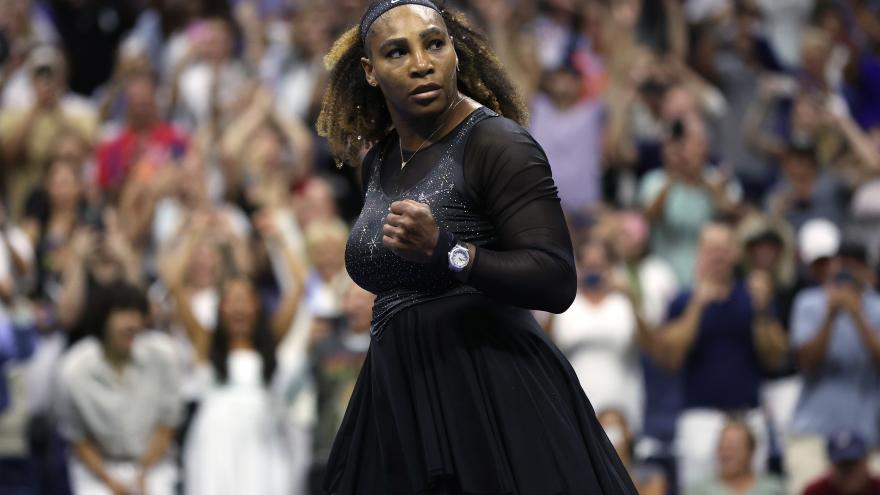 (CNN) -- After her improbable second-round win over Anett Kontaveit, Serena Williams summed up her surprise performances at the US Open better than perhaps anybody else could.

"I'm just Serena," she said matter-of-factly, a quote that will no doubt go down as one of the most memorable in sport.

That ability to find another gear and dig even deeper in the most difficult moments has provided the bedrock for Williams' sustained success over more than 20 years on the Tour.

Given her form coming into the US Open -- just one win since returning to the circuit in June after a year out with injury -- it was fair to assume that Williams' opening round match against Danka Kovinic would be little more than an emotional farewell from tennis for the 23-time grand slam champion.

But being "just Serena," Williams produced by far her best tennis of the season to consummately dispatch Kovinic and extend her last dance in New York by at least another couple of days.

Then came Kontaveit, the world No. 2 and one of the toughest players on Tour. The Estonian would provide a much sterner test than Kovinic and Williams undoubtedly went into their match as the considerable underdog.

Surely, after two glittering decades at the top, this is where Williams' career would come to end? Of course it didn't. She is, after all, "just Serena."

In her three-set win over Kontaveit, Williams elevated her level of tennis to a place many thought she may no longer be able to reach. The accuracy and power in her widely-feared serve seem to have returned, as has her speed around the court.

Now, going into her third round match against Australia's Ajla Tomljanovic, the perceptions around what Williams could achieve have certainly shifted. For the first time at this year's US Open, she will go into a match as the favorite and with the weight of expectation that she should win.

Not that this is anything new for one of the greatest athletes of all time.

Tomljanovic, currently the world No. 46, reached a career-high ranking of 38 this season and has enjoyed some notable success in 2022, including quarterfinal runs at Wimbledon and the recent Cincinnati Open.

The crowd is once again likely to be a determining factor on Friday, as it was in the second round when an overwhelmed Kontaveit struggled in a raucous atmosphere.

"It was hard," Kontaveit told reporters after her defeat. "It was something I never experienced before. I don't think it's a personal attack against me or anything. I mean, it's fair.

"It was so difficult to cope with the crowd and everything," she added, breaking down in tears. "I think this was the hardest in this game."

How Tomljanovic copes with the atmosphere will be just as important as how she copes with the 23-time grand slam champion staring her down from the other end of the court.

During her US Open run, Williams has enjoyed support from some of the biggest names in sport, notably from a pumped up Tiger Woods, who was present in Arthur Ashe for her second round win.

Former men's world No. 1 Roger Federer, winner of 20 grand slam titles, was the latest to offer Williams some words of encouragement.

"For now, enjoy this moment," he said. "Enjoy the US Open. Enjoy it with everything that's coming the next couple weeks even though I know it might be hard for you.

"But I'm thinking of you, and you have all of my respect. And I wish you all the very, very best for your future."

Whether Williams' run ends on Friday or not, her electrifying performances at the US Open have provided a fitting end to an illustrious career.