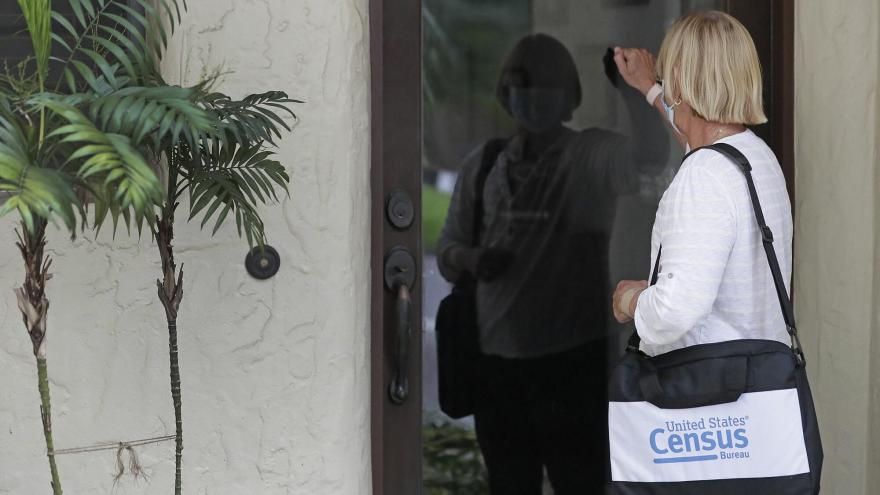 The federal government relies on data derived from the decennial census to distribute roughly $1.5 trillion in funds for these programs, along with more than 300 others. The money goes to state and local governments, non-profits, businesses and households across the nation.

That's why experts are so concerned that the US Census Bureau could end its 2020 count early, which they say will increase the chances of missing many Americans, particularly immigrants, people of color, low-income folks and rural residents. And that, in turn, could reduce federal funding for programs that support them and entire communities.

"The Census data are used to determine who gets what slice of each pie," said Andrew Reamer, a research professor at George Washington University who specializes in Census-guided federal spending. "If you miss 10,000 people, they are gone for the decade."

The Supreme Court on Tuesday granted a request from the Trump administration to halt the process while an appeal plays out. A lower court order would have required the count to continue until October 31, but the administration argues that the shortened deadline is needed to give the agency time to deliver the results to the President by December 31, as required by law.

The decennial census serves as the foundation for three other sets of data the Census Bureau creates that are used in apportioning federal funding. An accurate population count is key and any undercount can translate into significant losses.

For instance, had Texas' population been undercounted by 1% in 2010, the state would have lost nearly $292 million in federal reimbursements for Medicaid and the Children's Health Insurance Program in fiscal 2015, Reamer's research found. Pennsylvania would have received about $222 million less, while Florida would have been sent nearly $178 million less.

Medicare uses geographic data based on the Census to determine how many pharmacies must be in Part D enrollees' networks and how much to reimburse physicians.

And states utilize Census-based population data to allocate federal highway funding, while federal agencies determine support of disadvantaged youth employment efforts and nutrition programs for women, infants and children based on the share of kids in poverty in a specific area.

Some states and local communities incorporated the importance of the Census count into their outreach, reminding their residents that federal funding for their roads, schools and other programs depends on their filling out the survey.

"It's a very critical piece of policy and planning and funding," said Mallory Bateman, state data center coordinator at the University of Utah. "This is our way to show who lives in the state ... and get them the funding that they need."

The census has never been perfect. It typically overcounts White Americans and misses people of color and those living in rural areas, among others. But this year, the problem could be even more extensive, largely because of the shorter deadlines for following up with those who don't respond and for processing the results, said John Thompson, a former Census Bureau director under the Obama administration.

Also, immigrants -- both legal and undocumented -- may be less likely to fill out the survey because of increased fears that the data will be used against them after President Donald Trump issued a memorandum to exclude undocumented immigrants from the counts used to apportion the House of Representatives, Thompson said. The Supreme Court will hear a case this term seeking to block Trump's move.

"Many communities will certainly receive less than their fair share of federal funds," said Alex Tausanovitch, director, campaign finance and electoral reform at the left-leaning Center for American Progress.