Inside the investigation into who killed 4 college students in Moscow, Idaho 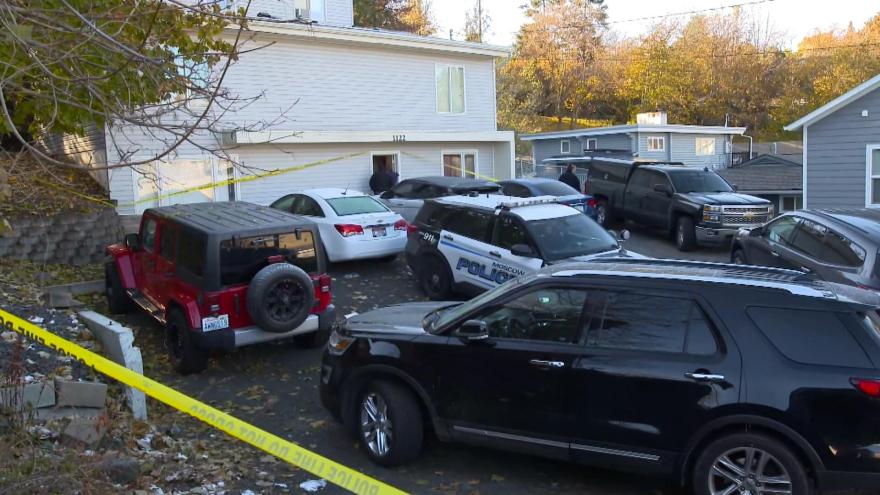 (CNN) -- Nine days since the killings of four college students attending the University of Idaho, police have not arrested any suspect, but are "definitely making progress," according to an outside public information officer.

"It takes a while to put together and piece together that whole timeline of events and the picture of really what occurred," said Aaron Snell, communications director for Idaho State Police. "A lot of this the public doesn't get to see because it's a criminal investigation. But I guarantee you behind the scenes, there's so much work going on."

That work includes interviews with more than 90 people as detectives look into more than 700 leads.

But Moscow, a city of about 26,000 residents, hasn't recorded a murder since 2015. The quadruple homicide has rattled the small college community, and anxieties have only heightened with the ongoing lack of answers.

Much of the information in the case will eventually be used for prosecution and cannot be put into the public eye, at risk of impeding justice at the very end, Snell said.

But the limited details available to the public and confusion over early police statements hasn't eased community concerns.

Moscow police initially told the public that the attack was targeted, with no further threat to the public. But by day four, Police Chief Jason Fry adjusted that statement: "We cannot say that there is no threat to the community."

Snell acknowledges the early messaging may have been off, given that the roughly 30 members of the Moscow Police Department all initially responded to the crime scene, with no dedicated public information staff within the department.

Within days, the department had to bring in outside resources to assist with the investigation, including Snell.

In addition to the hundreds of leads, police are also combing through large files of surveillance footage submitted by residents of the early morning hours when police believe the murders happened.

Other angles are taking longer to investigate. It is believed a fixed-blade knife was used in the attack on the students, and to aid in the investigation, law enforcement asked local businesses to come forward with evidence that a fixed-blade knife was purchased. As of Tuesday, Snell says no local businesses have provided information that a knife matching that description was bought or obtained.

Threat to the public

Anytime a person or people responsible for such a violent crime have not yet been caught, there is a threat to the public, Snell said.

"We recognize that it's always wise for people to lock their doors, walk in pairs, be alert of what they're doing. There is somebody or some people out there somewhere that are murderers, and we want to find them and bring them to justice," Snell said.

He told CNN there could potentially be more than one person responsible for the killings. He also reiterated that police still believe it was a targeted attack, partly because of evidence found at the scene and the fact that two people in the house survived.

Some students have since left the area to take classes remotely, telling CNN that police statements have not been reassuring.

The University of Idaho president said Tuesday that many students have given the school input on how they hope to proceed after the fall break, resulting in a decision to allow students to finish the rest of the semester either in-person or remotely.

In his message, University of Idaho President Scott Green said, "Faculty have been asked to prepare in-person teaching and remote learning options so that each student can choose their method of engagement for the final two weeks of the semester. Moving courses fully online is not preferred but may be necessary in limited situations."

However, others in the community, including the mother of victim Ethan Chapin, have extended patience and gratitude for the police department's work.

At a memorial on Monday evening, Stacy Chapin thanked the "Moscow Police Department, who now carry the burden every day not only for us, but for all of the impacted families."

In the absence of details, rumors have been spiraling about the case, causing police to have to dispel them publicly, one by one.

"As people are out there and they're talking about this case, the public sentiment changes," Snell said. "They're confused. They're upset. We want to try and dispel rumors, and we want to try and make sure that the truth is out there."

Investigators looked "extensively" into hundreds of pieces of information about victim Kaylee Goncalves having a stalker, but "have not been able to verify or identify a stalker," police said in a Facebook post Tuesday.

Earlier, police said the surviving roommates and friends who made the 911 call and spoke to dispatchers have been excluded from involvement as suspects. A man seen on surveillance video standing near two of the victims has also been eliminated as a suspect, as well as a driver who took two of the victims home.

And the report of a "skinned" dog three weeks before the killings is not connected to the case, according to police.

Moscow Police said Monday a dog was found at the home of the stabbings, but "the dog was unharmed and turned over to Animal Services and then released to a responsible party."