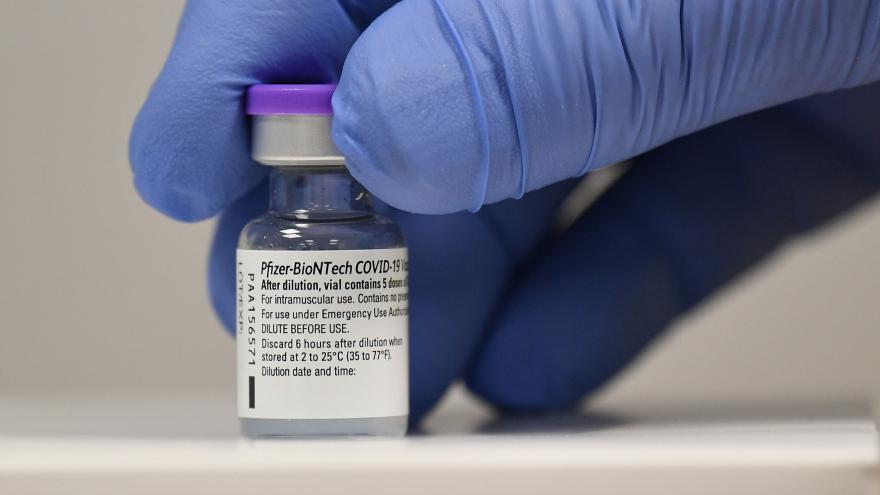 (CNN) -- A 23-year-old woman who was mistakenly given six doses of the Pfizer BioNTech Covid-19 vaccine has been discharged from the hospital where she was being monitored for any adverse reaction.

The woman was administered the vaccine at the Noa hospital in Tuscany, central Italy, on Sunday, hospital spokeswoman Daniella Gianelli told CNN on Monday.

The patient, who is in "good health" with no underlying conditions, was kept in the hospital under strict observation for 24 hours and discharged Monday, Gianelli said.

A health worker accidentally filled a syringe with an entire bottle of the vaccine, containing a total of six doses, and only realized her mistake shortly after the shot was administered.

Doctors will continue to monitor the patient's immune response to the "massive dose of vaccine," the spokeswoman said.

The patient was entitled to get the vaccine before other people in her age group because she is an intern in the hospital's psychology department, she added.

An internal investigation has been opened, said Gianelli, who added that it was "maybe just human error, definitively not on purpose."

At the beginning of April, the Italian government passed a decree making vaccination mandatory for all healthcare and pharmacy workers, with the aim of protecting medical staff, patients and vulnerable people.

Healthcare workers who refuse the vaccine will be reassigned where possible to roles where they are not in contact with patients. Where that is not an option they now face being suspended without pay.

It remains unclear whether the decree is constitutional, and many believe future legal cases on the vaccines are likely.

After months of recording some of the highest infection rates in Europe, Italy is seeing a reduction of Covid-19 figures.