Jan 6. rioter who carried gun to US Capitol and threatened Nancy Pelosi gets more than 7 years in prison 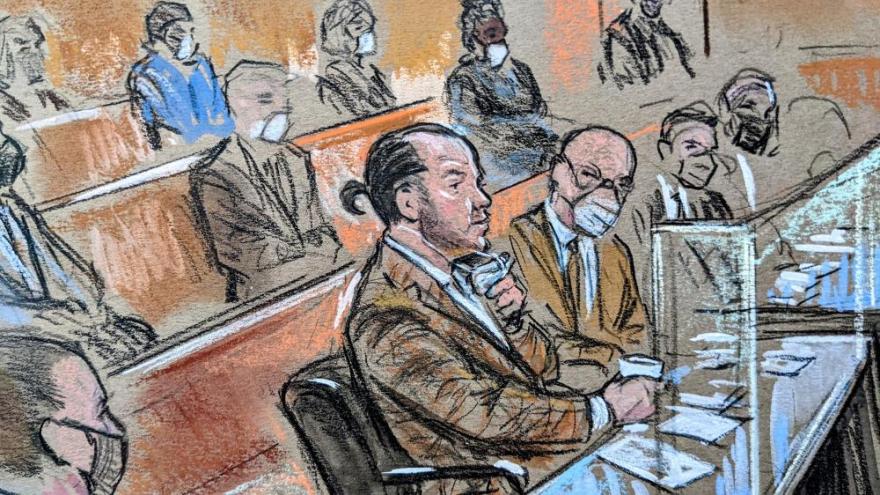 (CNN) -- A federal judge on Monday sentenced Guy Reffitt, who brought a gun to the US Capitol during the January 6, 2021, riot and threatened House Speaker Nancy Pelosi, to more than seven years in prison, the longest insurrection-related sentence to date.

Reffitt, a recruiter for a right-wing militia known as the Three Percenters, was the first Capitol rioter to go to trial rather than take a plea agreement.

"Mr. Reffitt's reluctance to admit early that his behavior is illegal is concerning," District Judge Dabney Friedrich said before handing down the 87-month sentence. "And I want to be very clear ... under no legitimate definition of the term 'patriot' (does) Mr. Reffitt's behavior on and around January 6 fit the term. It is the antithesis of the word."

Friedrich added: "The officers at the Capitol are the patriots, as well as those who fought and even died to protect our democracy, our rule of law ... those in the mob are not. Not only are they not patriots, they're a direct threat to our democracy and will be punished as such."

Reffitt was convicted by a DC jury in March of five felonies, including transporting and carrying a firearm on Capitol grounds, interfering with Capitol Police and obstructing an official proceeding. He had driven to DC with several firearms, one of which he carried with him on the steps of the Capitol during the early hours of the riot.

"I just want to see Pelosi's head hit every f**king stair on the way out. ... And (Republican leader) Mitch McConnell too," Reffitt said, according to a video recording he made of himself on January 6.

The hefty sentence, paired with the fact that every January 6 defendant to face a jury has been convicted, could deter some of the hundreds of January 6 defendants awaiting trial to instead take plea deals offered by the Justice Department.

The 87-month sentence is two years longer than any other Capitol riot prison term handed down so far.

Reffitt was adamant in earlier hearings about being the first January 6 defendant to take his case to trial. But on Monday, in plea for leniency in advance of his sentencing, he said that he was a "f***ing idiot" who was parroting "founding fathers and stupid sh*t like that" around January 6, and that he doubled down on that rhetoric to "garner money" for his family during the course of his legal battle.

"It seems like you wanted to be the big guy, the important guy, the first guy to go to trial ... the first guy up there, to revel in the press," Friedrich said to Reffitt. "You want to be an important person who makes a difference, and yet you are going about it in all the wrong ways."

Reffitt's wife and two daughters were in the courtroom when the sentence was handed down. Reffitt's younger daughter, Peyton, told the judge that her father is "not a threat to my family," and that her family "turned a blind eye" to his mental health issues.

"My father's name wasn't on all the flags that were there that day, that everyone was carrying that day. He is not the leader," Peyton said through tears, at times pausing with her hand on her heart.

The mother of Ashli Babbitt, the pro-Trump rioter who was shot and killed by police on January 6, also was in the courtroom at times on Monday.

Reffitt's son Jackson, who testified against his father during the trial, was not in the courtroom. In a statement read aloud by prosecutors, Jackson said that his father "slowly lost himself over the last five years," but that "whether you view him as a father, a family member or friend, using these labels to justify anything he has done is completely wrong."

Prosecutors had sought a sentence of almost a decade longer than the most severe sentence to date by adding enhanced penalties to his sentence for terrorism. Prosecutor Jeffrey Nestler told the judge that Reffitt "wanted to physically and literally remove members of Congress from power" and that the government believes "what he was doing that day was terrorism."

"We do believe he is a domestic terrorist," Nestler said Monday.

Friedrich did not add additional penalties for terrorism, however, saying that it would create an "unwarranted disparity" between Reffitt's sentence and that of other rioters convicted of bringing weapons or threatening lawmakers.