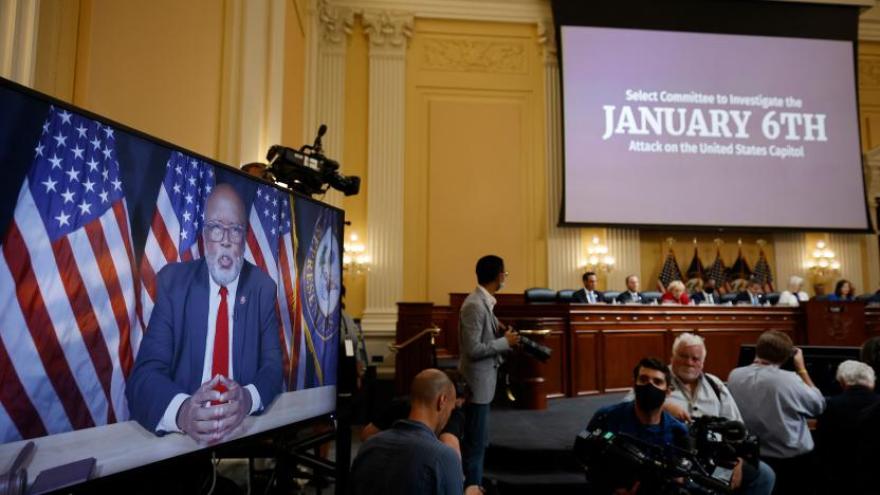 (CNN) -- The chairman of the House select committee investigating January 6, 2021, on Tuesday said the panel will hold a hearing next week.

Democratic Rep. Bennie Thompson of Mississippi said the hearing will take place on September 28 at 1 p.m. ET. As of now, the hearing, which has not been formally announced by the committee, will mark the panel's last until it releases its final report, which is expected by the end of the year.

"I can say that unless something else develops, this hearing at this point is the final hearing. But it's not in stone because things happen," he said.

Thompson said the panel has decided on a hearing topic, but he did not elaborate on what it would be. The theme will be one the panel has not previously explored, he said.

The panel has not yet decided whether there will be in-person witnesses, but the chairman said the panel would "shortly" make a decision as to whether witnesses would be involved.

"I'll be chairing the hearing and every member of the committee will have a role," Thompson said.