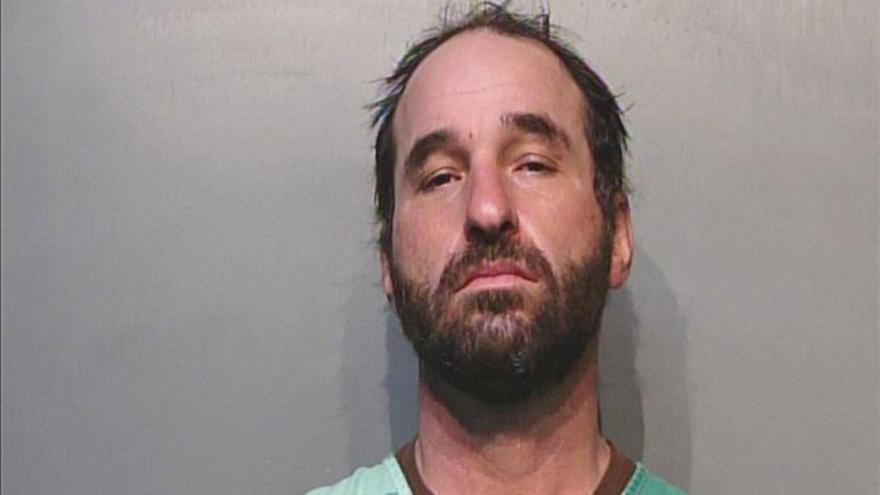 Douglas Jensen, a January 6, 2021 rioter, was found guilty by a Washington, DC, jury on September 23 on charges related to the attack.

(CNN) -- Douglas Jensen, a January 6, 2021, rioter at the forefront of a group that chased US Capitol Police Officer Eugene Goodman near the Senate chamber, was found guilty by a Washington, DC, jury Friday evening on charges related to the attack.

Jensen was found guilty on each of the seven charges brought by the government, including assaulting, impeding or resisting an officer and obstructing an official proceeding, which carries a maximum sentence of 20 years -- though the sentencing guidelines for Jensen will likely be far lower. Five of the charges were felonies and two were misdemeanor offenses.

During the trial, Jensen's attorney, Christopher Davis, told the jury that before January 6, Jensen had fallen down an internet "rabbit hole" and became a follower of the conspiracy theory known as QAnon. As part of it, Jensen believed that during the riot, officers would begin arresting elected officials who opposed President Donald Trump's efforts to stop the certification, Davis said, including Vice President Mike Pence.

Instead of arresting Pence, officers -- including Goodman -- defended the Capitol from the onslaught of rioters. Jensen, with a mob behind him, chased Goodman up flights of stairs near the Senate chamber as the officer led them away from the senators still inside.

According to prosecutors, Jensen was one of the first 10 rioters who breached the building that day.

He will be sentenced on December 16.