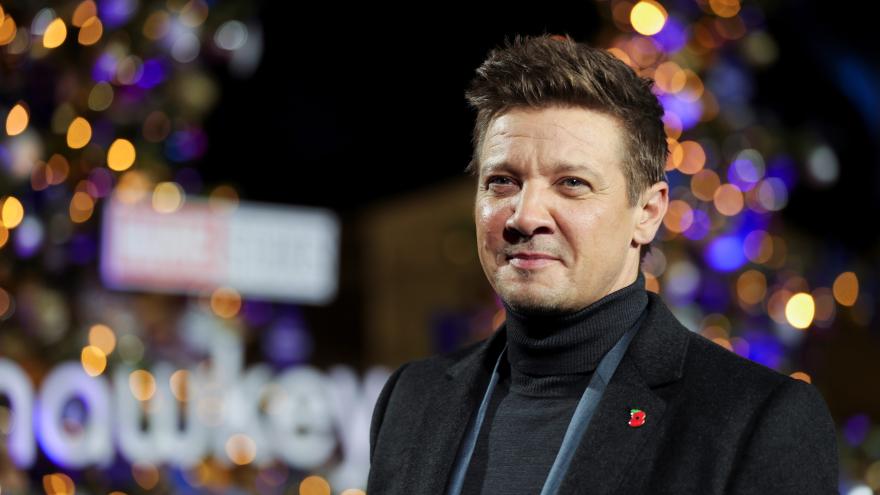 (CNN) -- Actor Jeremy Renner tweeted he is home from the hospital more than two weeks after he was crushed in a snowplow accident.

The Marvel star had been hospitalized since New Year's Day, when he was injured by the snowplow while clearing a driveway near his Nevada home, leaving him with "blunt chest trauma and orthopedic injuries," his publicist previously told CNN.

Monday night, the "Mayor of Kingstown" star replied to a Twitter post from the show, writing, "Outside my brain fog in recovery, I was very excited to watch episode 201 with my family at home."

Season 2 of the show premiered Sunday.

During his lengthy hospital stay, Renner underwent two surgeries and was treated in the intensive care unit.

A 911 call log obtained by CNN says Renner was "completely crushed under a large snowcat [vehicle]" and that he has "extreme [difficulty] breathing." It goes on to read that, "the right side of his chest is collapsed -- upper torso is crushed."

Renner's snowcat, an engine-powered machine used to clear snow, started to roll away while Renner was not in the driver's seat, Washoe County Sheriff Darin Balaam previously said.