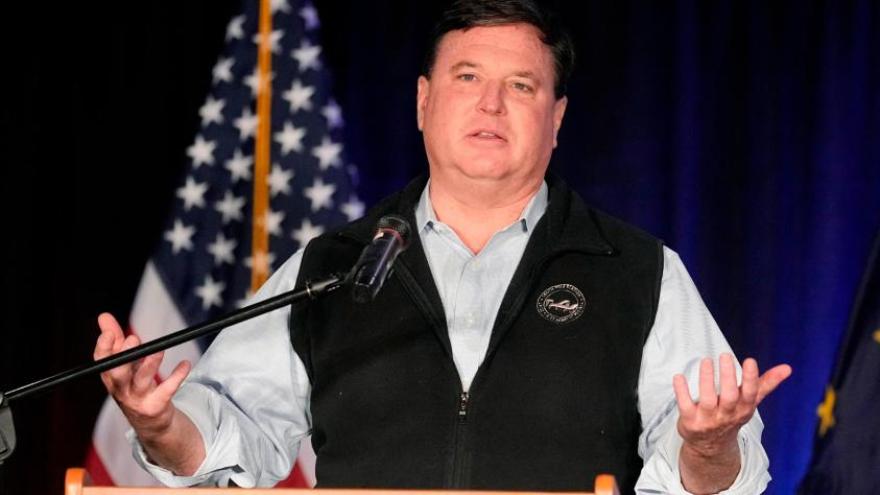 Indiana Attorney General Todd Rokita said this case was not really about abortion, despite the efforts of those with an agenda to make it appear that way.

(CNN) -- An Indiana judge has denied an emergency motion that in part requested to block the state's attorney general from accessing patient medical records in an investigation involving an Indianapolis doctor who provided abortion services to a 10-year-old rape victim from Ohio, according to an order filed in Marion County Superior Court Friday.

Judge Heather Welch denied the emergency injunction filed Wednesday by attorneys for Dr. Caitlin Bernard and her medical partner, saying that jurisdiction of the matter falls under the state's Medical Licensing Board, according to the court document.

"This is a win for patient privacy rights in the practice of medicine and for properly reporting child abuse," Attorney General Todd Rokita said in a statement Friday evening. "This case is not really about abortion, despite the best efforts of those with an agenda to make it appear that way."

The attorney general said Bernard violated "her patient's privacy by going to the news media" and she and "her attorneys initiated this media frenzy from the beginning" which draws attention to an "innocent little girl who is trying to cope with a horrific trauma," according to the statement.

However, the judge also found that Rokita unlawfully breached confidentiality of the pending investigation by discussing the case publicly in the media before filing a complaint with the Medical Licensing Board. The attorney general filed the complaint with the board on Wednesday.

"Last week, my client and other witnesses gave critical and favorable testimony, after which Mr. Rokita suddenly moved the case to a new forum, taking it out of the hands of Judge Welch," Bernard's attorney, Kathleen DeLaney, said in a statement. "We are confident in the record and testimony that we have already developed and look forward to presenting Dr. Bernard's evidence to the Medical Licensing Board."