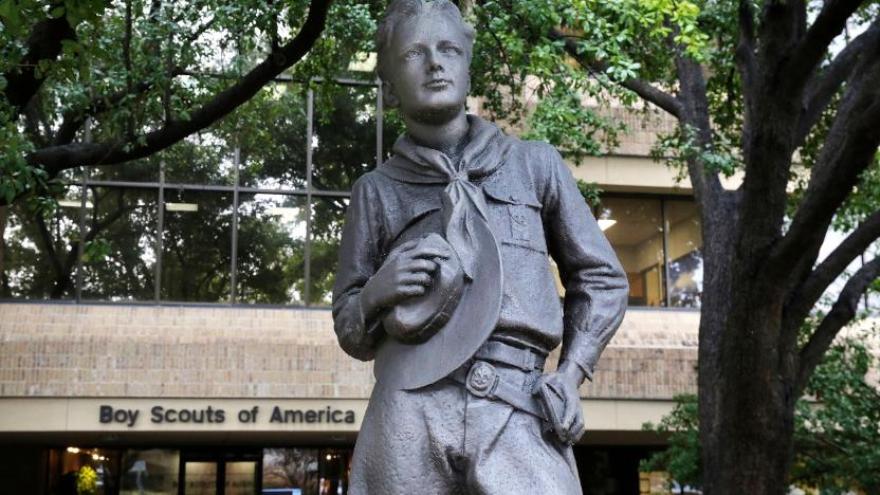 (CNN) -- A judge in Delaware federal bankruptcy court granted final approval Thursday for the confirmation of a reorganization plan for the Boy Scouts of America -- one set to pay out more than $2.4 billion in compensation to more than 82,000 sexual abuse survivors.

The Coalition of Abused Scouts for Justice, a group including more than two dozen law firms representing more than 70,000 of the claimants, called confirmation of the final approval of the plan in July historic for "tens of thousands of survivors of childhood sexual assault."

"The confirmation of this Plan makes closure possible and some measure of justice tangible for people whose voices have been silenced for far too long," Coalition representatives said in a news release from July the coalition sent to CNN when asked for comment Thursday.

"The Court found that the BSA's liability for abuse claims is most likely between $2.4 billion and $3.6 billion, and approved settlements that will provide for initial funding of $2.279 billion to survivors: $78 million from the BSA, $515 million from local councils, $30 million from the United Methodist Church, and $1.656 billion from settling insurers," the release said.

In addition to the settlement payout agreements to abuse survivors, the terms of the reorganization plan also require the implementation of safety measures and "protections for current and future generations of Scouts," according to the release.

The judge had preliminarily approved the settlement at the end of July as the organization ironed out a few final details.

"This is a case about trust -or more accurately- lack of trust," Chief Judge Laurie Selber Silverstein wrote in an order in July. "Boys and their families put their faith in a lionized institution, which failed many of them."

"These boys -now men- seek and deserve compensation for the sexual abuse they suffered years ago. Abuse which has had a profound effect on their lives and for which no compensation will ever be enough. They also seek to ensure that to the extent BSA survives, there is an environment where sexual abuse can never again thrive or be hidden from view," the judge wrote.

The coalition expects Boy Scouts of America can now "complete its financial restructuring process and emerge from Chapter 11" proceedings once conditions of the plan are met, according to the release.

The youth organization filed for bankruptcy in February 2020, when it was facing hundreds of sexual abuse lawsuits, and said it hoped the financial restructuring would ensure "we can equitably compensate all victims of past abuse."

This week's approval is another hurdle cleared toward BSA exiting bankruptcy, though some parties have indicated they will appeal the now-approved confirmation, BSA representatives said Thursday.

"Because certain parties have communicated their intent to appeal the confirmation order, we will next begin a District Court appeal process in order to emerge from Chapter 11, which will allow survivors to be equitably compensated and preserve the mission of Scouting for future generations," Boy Scouts of America said in a statement.