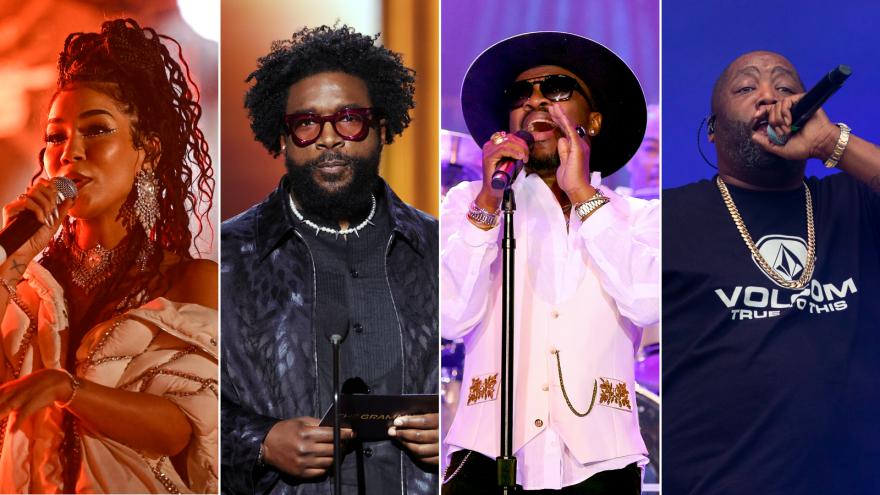 (CNN) -- Get ready to dance along to some of music's most talented artists.

On Sunday, the first-ever "Juneteenth: A Global Celebration for Freedom," taking place at the Hollywood Bowl, will air on CNN.

The event commemorates the emancipation of enslaved people in the United States and aims to inform viewers about the federal holiday signed into law by President Biden last year.

Academy-award winning director Questlove and Adam Blackstone are serving as the musical directors of the event.

The show is produced by creators Shawn Gee of Live Nation Urban and Jesse Collins Entertainment. Gee spoke to CNN in an interview on Thursday and explained how the show came about.

"CNN and Live Nation did a big event called the 'NYC Homecoming Concert' and the relationship between the companies were formed at that event, and so CNN came back and said we want to do something around Juneteenth -- big and bright and loud. Within Live Nation, Live Nation Urban is really the one that focuses on Black culture so when the call came to the company they pointed the CNN team to me and they said if you want to do something big you need to do it with Shawn."

As for the location? "Similarly I got a call from the Hollywood Bowl the year before and we weren't able to do it because of the short time frame but I was able to marry the two ideas."

Gee said the show will be multifaceted.

"We chose a group of artists who represent diverse genres," Gee explained. "It's not just all music, there are narrative parts too. We are introducing different individuals who were central in this becoming a federal holiday. The third thing is we are going to make sure people know the fight isn't over."

The evening kicks off with a pre-show hosted by CNN's Don Lemon at 7 p.m. ET, followed by the concert at 8 p.m. ET. The event will air on CNN and will stream live for pay TV subscribers via  CNN.com and CNNgo where available.