Kamala Harris' chief of staff heading for the exit 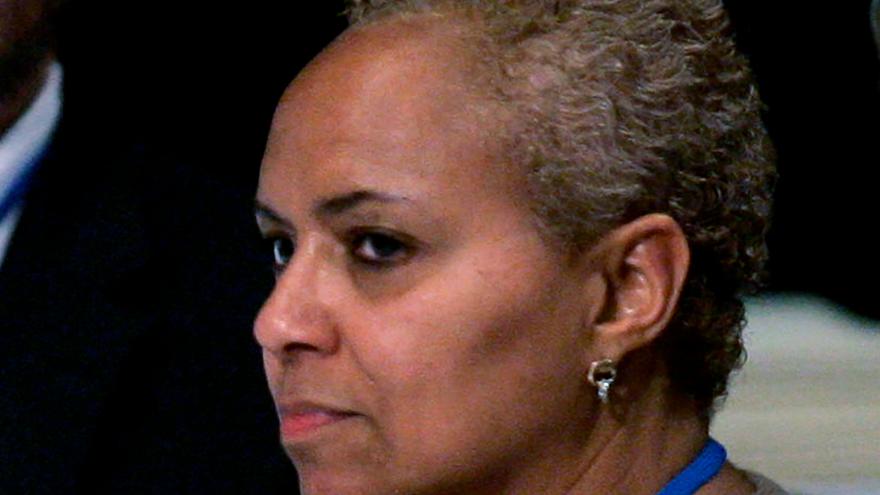 Flournoy is slated to be replaced by Lorraine Voles, the veteran Democratic communications strategist who joined Harris' office as an adviser last summer. Voles would focus her efforts on "organizational development, strategic communications and long-term planning," an official told CNN at the time.

In an email to staff obtained by CNN, Flournoy said she was "eternally grateful to the vice president for giving me this amazing opportunity," and thanked the staff.

"It had been my intention to speak to all of you individually to let you know that I will soon be leaving the Vice President's Office and my role as Chief of Staff," she wrote, noting that news of her exit may break before she could do so.

"I will, however, be talking to you in the coming days. I will say then -- in much more poetic language, no doubt -- that it has been an honor to work for the Vice President and a great joy to get to know Kamala Harris and see first hand the great passion she brings to her job."

Flournoy is the latest in a long string of departures from the vice president's office, which has been shaken up multiple times in recent months. Flournoy's deputy Michael Fuchs earlier this month announced that he would be leaving the administration. The White House confirmed recently that national security adviser Nancy McEldowney would step down, to be replaced by her deputy Phil Gordon. And Harris' communication's team received a nearly full makeover in recent months, after her communications directory Ashley Etienne, chief spokesperson and senior adviser Symone Sanders and deputy press secretary Sabrina Singh all left the office within months of one another other.

Flournoy, who joined the team at the start of the operation, led the office through a rocky summer for the vice president, during which Harris drew criticism after several messaging missteps and staffing issues. Republicans have seized on any apparent missteps, targeting the vice president relentlessly.

One of the toughest moments for Flournoy came after myriad reports of dysfunction overtook the office's message, many centered on the chief of staff's leadership -- and by extension Harris' leadership. Voles was hired in the middle of those summertime reports.

In a statement Thursday, Harris commended her exiting staffer.

"Tina has been a valued advisor and confidant to me and tremendous leader for the office. From day 1, she led our team during a historic first year as we made progress rebuilding our economy here at home and our alliances around the world," Harris wrote. "Tina is the consummate public servant and I will continue to rely on her advice, counsel and friendship."

And White House chief of staff Ron Klain, who Flournoy knew before joining the White House, praised her as "a critical member of the White House team since day one, working with the President and Vice President to make their partnership effective and help the administration deliver on critical priorities."

"Her experience, wisdom, and hard work have been instrumental to our success on many issues," Klain said.

This year, aides have viewed the first few months of Harris' second year as particularly successful for the vice president -- she recently made it through major foreign policy moments avoiding any discord, including high-profile trips to Germany and Poland amid Russia's invasion of Ukraine, which helped cement her place among President Joe Biden's top-ranking envoys to a continent thrust into conflict.