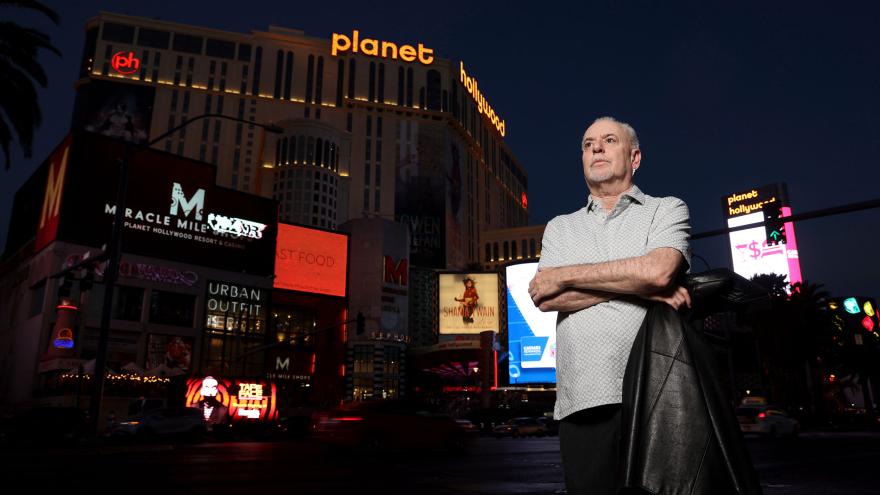 German was found dead outside of his Las Vegas home on Saturday, according to police. The Review-Journal said German was found with "stab wounds." The Clark County Office of the Medical Examiner confirmed to CNN that the cause of German's death was multiple sharp force injuries, and the manner of his death was homicide.

Police confirmed to CNN that LVMPD was serving search warrants related to the homicide, but did not immediately provide any additional information. A search warrant may be issued when a judge finds probable cause that police will find evidence of a crime.

Uniformed officers and police vehicles were seen on Wednesday morning outside the home of Clark County Public Administrator Robert Telles, according to local media. It is unclear if the activity is connected to the investigation into German's death.

Police would not provide CNN information on what activity transpired at the address linked to Telles. CNN has reached out to Telles and his office for comment.

German reported on Robert Telles' oversight of his office writing that Telles created a hostile work environment and carried on an inappropriate relationship with a staffer. Telles lost his reelection bid in June.

The Review-Journal released a statement on the death of German this weekend.

"The Review-Journal family is devastated to lose Jeff," said Executive Editor Glenn Cook, according to the paper. "He was the gold standard of the news business. It's hard to imagine what Las Vegas would be like today without his many years of shining a bright light on dark places."