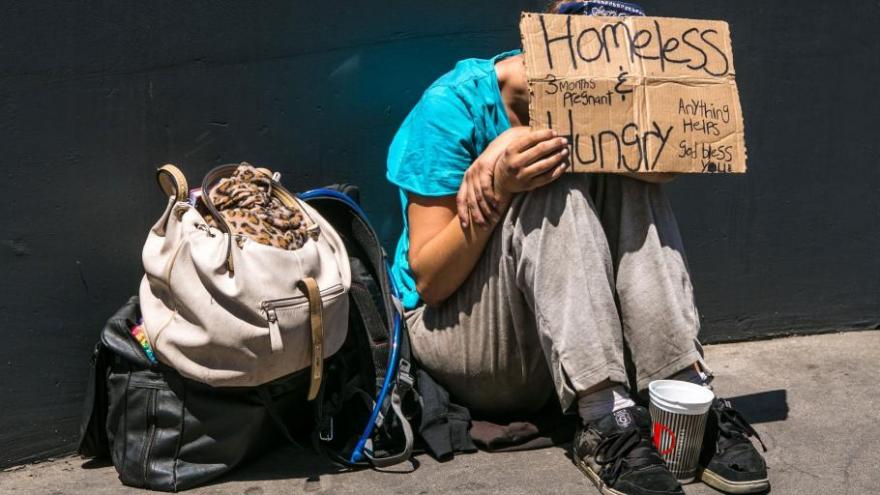 In an attempt to get homeless people off city streets, the Las Vegas City Council has passed an ordinance that makes it a crime to camp or sleep on a city sidewalk.

(CNN) -- In an attempt to get homeless people off city streets, the Las Vegas City Council has passed an ordinance that makes it a crime to camp or sleep on a city sidewalk.

Supporters of the ordinance, which passed 5-2 on Wednesday, say it's an attempt to push the more than 6,500 homeless people and families in southern Nevada into homeless shelters while also protecting the health and safety of the community.

The city council said Las Vegas has committed $16 million to the Courtyard Homeless Resource Center, which provides housing and a range of other services to address chronic homelessness.

"The city believes the ordinance will be a benefit to the homeless population, while at the same time protecting the health and safety of the entire community," Mayor Caroyln G. Goodman said on Twitter. "The city has always demonstrated compassion for the needs of the growing homeless population, understanding the public safety of everyone is a top priority."

But opponents said the law just makes it more difficult for homeless people to get back on their feet. Protesters at the city council hearing chanted "housing not handcuffs," CNN affiliate KSNV reported.

"All this does is add one more law that can be used by police and prosecutors to criminalize people who are stuck on the street," Gary Peck, the former head of the ACLU of Nevada, told KSNV.

Las Vegas is one of a number of cities across the country with a significant number of homeless people because of a combination of expensive rent, job loss, addiction and lack of mental health services.

In Las Vegas, a 2016 survey of over 400 homeless people found that 84% slept most often outside of a shelter, including 52% who slept on the street, sidewalk or doorway. In addition, 55% of people had not used any shelter services in the past year, and of those, 31% said it was because of bed bugs and 18% said it was because of dirty conditions.

Of all the respondents, 29% said they became homeless because of they lost a job and 20% because they were unable to afford monthly rent.

The ordinance passed in Las Vegas makes it a misdemeanor to camp or sleep in the public right-of-way, such as a sidewalk, in downtown and residential areas if space is available at the Courtyard Homeless Resource Center or another non-profit service provider.

The charge comes with up to a $1,000 fine or six months in jail, said Diana Paul, public affairs manager for Las Vegas. The ordinance goes into effect this coming Sunday, though criminal penalties will not apply until February 2020.

After his fiery crash, NASCAR driver Ryan Newman is awake and speaking with family