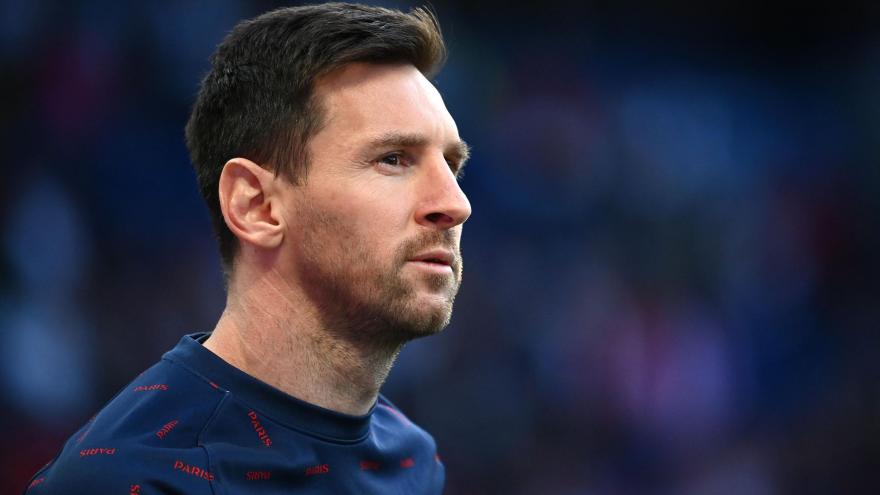 (CNN) -- Despite a disappointing season on the pitch, Paris Saint-Germain star Lionel Messi was the highest-paid athlete in the world over the last 12 months, according to Forbes.

The soccer sensation is reported to be bringing in pre-tax gross earnings of $130 million a year from on-field and off-field pursuits, keeping him ahead of the likes of LeBron James and rival Cristiano Ronaldo on the rich list.

Messi, who earns a reported $75 million a year from playing soccer, also cashes in on $55 million from sponsorship deals and endorsements.

It's the second time the Argentine sits atop Forbes' list, the last time coming in 2019.

The top 10 highest earners, who are all men, collectively brought in $992 million in pre-tax gross earnings over the last year.

Messi has received criticism for some of his off-field sponsorships, recently promoting tourism for Saudi Arabia. He was pictured in the country and posted a photo on his personal Instagram account with the tag #VisitSaudi.

The country has long been accused of sportswashing in order to hide its poor human rights record.

CNN has reached out to Messi's representatives for comment but did not get an immediate reply.

NBA superstar James comes in a narrow second on the rich list, earning $121.2 million a year.

The Los Angeles Lakers forward may have missed the playoffs this season but he's been dominant off the court, cashing in on his talk show and starring in last year's Space Jam: A New Legacy film.

Forbes estimates James is now worth a staggering $850 million.

The Portuguese superstar earns the same as Messi off-field with the majority coming from his unrivaled social media presence.

Forbes calculates the estimates based on prize money, salaries and bonuses as well as estimations of sponsorship deals and other off-field revenue streams.