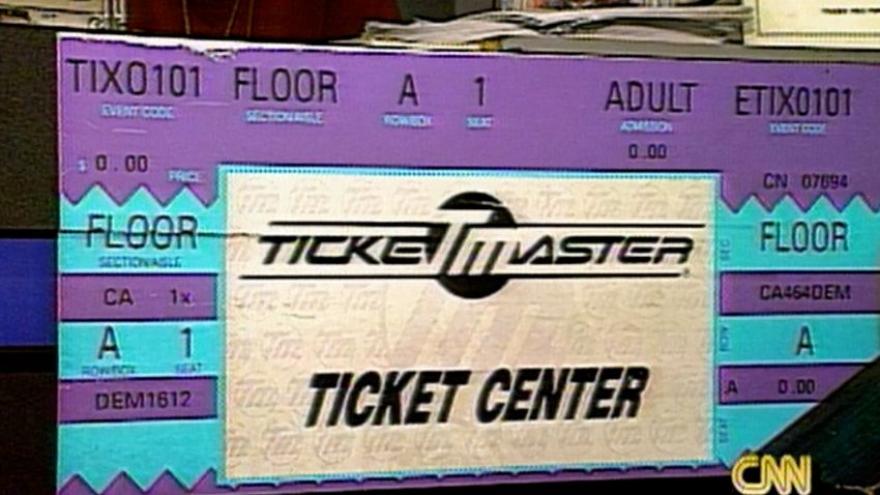 (CNN) -- Lawmakers are set to grill top executives from the event ticketing industry on Tuesday after Ticketmaster's inability to process orders for Taylor Swift's upcoming tour left millions of fans unable to buy tickets or without their tickets even after purchase.

Joe Berchtold, the president and CFO of Ticketmaster's parent company Live Nation Entertainment, is set to testify before a Senate committee on Tuesday, two months after the Swift ticketing fiasco reignited public scrutiny of the industry. Jack Groetzinger, CEO of ticketing platform SeatGeek, is also scheduled to testify at the hearing.

Tickets for Swift's new five-month Eras Tour -- which kicks off March 17 and will have 52 concerts in multiple stadiums across the United States -- went on sale on Ticketmaster in mid-November. Heavy demand snarled the ticketing site, infuriating fans who couldn't snag tickets. Customers complained about Ticketmaster not loading, saying the platform didn't allow them to access tickets, even if they had a pre-sale code for verified fans.

As fury grew among legions of hardcore Swifties, Swift herself weighed in on the fiasco. "It goes without saying that I'm extremely protective of my fans," Swift wrote on Instagram in November. "It's really difficult for me to trust an outside entity with these relationships and loyalties, and excruciating for me to just watch mistakes happen with no recourse."

As a result, the US Senate Judiciary Committee has scheduled the hearing on Tuesday, titled "That's The Ticket: Promoting Competition and Protecting Consumers in Live Entertainment" to examine the lack of competition in the ticketing industry.

"The issues within America's ticketing industry were made painfully obvious when Ticketmaster's website failed hundreds of thousands of fans hoping to purchase tickets for Taylor Swift's new tour, but these problems are not new," Sen. Amy Klobuchar, who sits on the committee, said in a statement about the hearing. "We will examine how consolidation in the live entertainment and ticketing industries harms customers and artists alike. Without competition to incentivize better services and fair prices, we all suffer the consequences."

In addition to the executives, the committee said witnesses at the hearing will include Jerry Mickelson, CEO of Jam Productions, one of the largest producers of live entertainment, and singer-songwriter Clyde Lawrence.

Lawrence, who has composed music for motion pictures including the Disney+ holiday comedy movie "Noelle," wrote an opinion piece for the New York Times in December titled "Taylor Swift's Live Nation Debacle Is Just the Beginning," in which he criticized Live Nation for allegedly being a monopoly and detrimental to artists.

"Whether it meets the legal definition of a monopoly or not, Live Nation's control of the live music ecosystem is staggering," he wrote.

Criticism of Ticketmaster's dominance dates back decades, but the Swift ticketing incident has once again turned that issue into a dinner table discussion at many households.

Concert promoter Live Nation and ticketing company Ticketmaster, two of the largest companies in the concert business, announced their merger in 2009. The deal at the time raised concerns, including from the US Department of Justice, that it would create a near-monopoly in the industry.

Ticketmaster disputes that market share estimate and says it holds at most just over 30% of the concert market, according to comments on NPR recently by Berchtold.

'Customers are the ones that pay the price'

While irate fans were left scrambling to wade through the Swift ticket confusion, their collective anger caught lawmakers' attention.

Members of Congress used the debacle to criticize Ticketmaster's control of the live music industry, saying that because Ticketmaster dominates so heavily, it has no reason to make things better for the millions of customers who have no other choice.

"Ticketmaster's power in the primary ticket market insulates it from the competitive pressures that typically push companies to innovate and improve their services," Klobuchar, who chairs the antitrust subcommittee, wrote in an open letter to Ticketmaster's CEO in November. "That can result in the types of dramatic service failures we saw this week, where consumers are the ones that pay the price."

Senator Richard Blumenthal echoed Klobuchar's concerns. He tweeted at the time that the tour "is a perfect example of how the Live Nation/Ticketmaster merger harms consumers by creating a near-monopoly."

In December, lawmakers from the House Energy and Commerce Committee sent a letter to Live Nation CEO Michael Rapino, demanding a briefing on what went wrong and what steps the company is taking to fix the problems.

"The recent pre-sales ticketing process for Taylor Swift's upcoming Eras tour -- in which millions of fans endured delays, lockouts, and competition with aggressive scammers, scalpers and bots -- raises concerns over the potential unfair and deceptive practices that face consumers and eventgoers," the committee wrote in its letter.

The committee noted it had previously raised concerns about the industry's business practices and said it wanted to meet with Rapino to discuss how the company processes tickets for concerts and major tours. It also wants answers about how Ticketmaster plans to improve in the future.

Brian A. Marks, a senior lecturer in the department of economics and business analytics at the University of New Haven's Pompea College of Business, said he would have liked Swift to make an appearance at the hearing.

"This hearing seems to be focused on Swift and what happened with the ticket sales. We also have to remember that Taylor Swift and her team negotiated a contract with Ticketmaster for the sale of her concert ticket," said Marks.

"Will Congress want to look at that contract? To me, what happened with the Swift concert tickets was not necessarily the result of Ticketmaster being the dominant player in the industry," he said. Artists, and especially larger artists like Swift, "are free to elsewhere," he said. "This point may get missed in tomorrow's hearing."