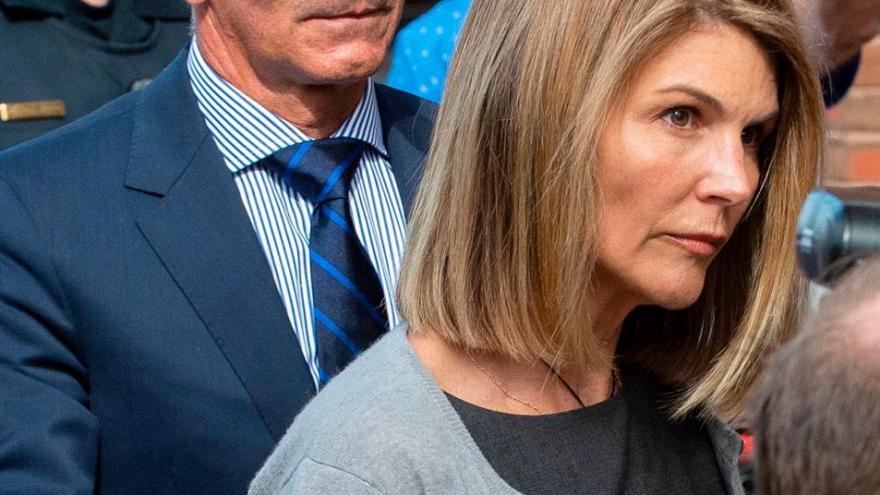 (CNN) -- Designer Mossimo Giannulli, the husband of actress Lori Loughlin who made a plea deal with prosecutors last year related to a college admissions scam for his daughters, has been released from prison, according to the Federal Bureau of Prisons.

Giannulli is now under supervised release administered by a Bureau of Prisons field office in San Pedro, California, according to the bureau's records. He had been incarcerated since November 19 at a federal prison in Lompoc, California.

Bureau of Prisons spokesperson Emery Nelson confirmed to CNN that Giannulli was released from the Lompoc prison on Friday, but declined to say whether he is at a halfway house or at home.

Giannulli is scheduled for full release on April 17, according to Nelson.

Giannulli's attorneys did not respond to requests for information from CNN Saturday afternoon.

Giannulli and Loughlin became some of the highest-profile parents involved in the college admissions scandal. They admitted paying the scheme's mastermind, William "Rick" Singer, $500,000 to get their daughters accepted for admission to the University of Southern California.

Giannulli had asked a judge to grant him home confinement on compassionate grounds early this year because the coronavirus pandemic forced him to spend 56 days under quarantine in solitary confinement. Judge Nathaniel Gorton denied that request on January 26.

Loughlin was released in December after serving a two-month sentence for her role in the college admissions scam. Loughlin also must serve two years of supervised release, perform 100 hours of community service and pay a fine of $150,000.

Giannulli was sentenced to five months in prison, ordered to serve two years of supervised release, perform 250 hours of community service and pay a $250,000 fine.