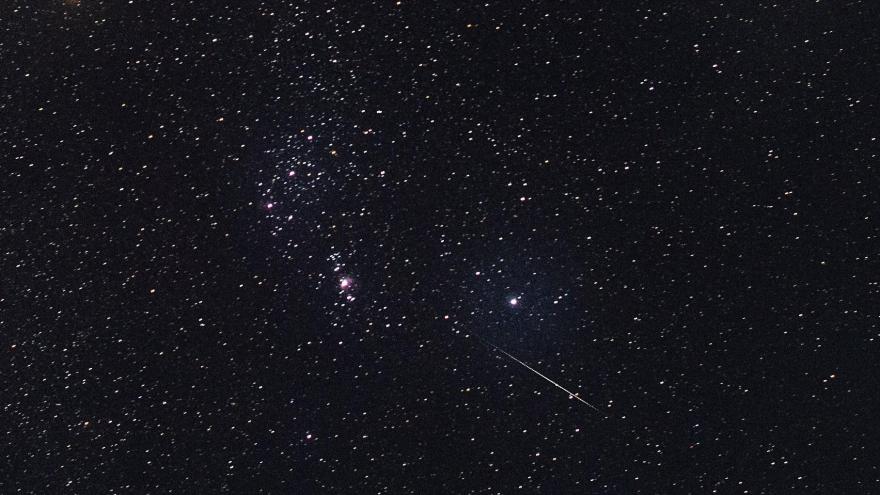 People living in Central New York who reported hearing a loud, fearful boom on Monday night can rest relatively easily -- it was likely just a fiery rock from the far flung reaches of outer space.

(CNN) -- People living in Central New York who reported hearing a loud, fearful boom on Monday night can rest relatively easily -- it was likely just a fiery rock from the far flung reaches of outer space.

The American Meteor Society said on Tuesday that witness reports of a "boom," which was accompanied by a bright streak of light across the sky, was likely a large fireball entering the Earth's atmosphere over Lake Ontario.

"I was standing in the driveway facing North when the burning object passed above the trees from east to west," one witness said. "It lasted a second or so and had a trail behind it. A few minutes later, I heard a very loud boom."

Mike Hankey, operations manager of the non-profit meteor astronomy organization, told CNN that they "got a lot of emails from people about the boom," and that "it seemed significant."

"What they were seeing was the light produced by the object colliding with the atmosphere," Hankey explained, noting that there was typically a 1-2 minute delay between the sound and the visual reports, because sound travels slower than light.

Some of the witnesses described Monday's fireball as a bright, fast streak that appeared across the blue sky for a short, few seconds, before it disappeared behind the clouds. It was followed by an explosive sound.

Another witness told the AMS that it sounded like they were "standing an inch away from the biggest firework possible being let off."

"It was so loud, my house shook, I felt it in my chest and had me stand still for a moment in panic," they said. "I got ready to load my children up with our emergency bags because I thought the power plant 12 miles away from me blew up.

So far, the group hasn't received any reports of damage.

A fireball is brighter and larger meteor that rockets from a vacuum of space at speeds up to 10s of 1000s of miles per hour. It can explode when it collides with the denser atmosphere, creating a sonic boom it occurs close enough to the surface.

The majority of fireballs are only visible for a few seconds and are rare "once in a lifetime" events, according to AMS' website.

The AMS and its international partners receive about 20,000 fireball reports every year.

Hankey said it can be difficult to confirm these events.

Some of the information astronomers consider includes whether or not the pointing direction of witnesses agree, the duration of the event and the reports of booms as well as their locations.

As for Monday night, the majority of reports came from people who live between Rochester and Syracuse. They all reported a duration ranging from 1.5 - 3.5 seconds.