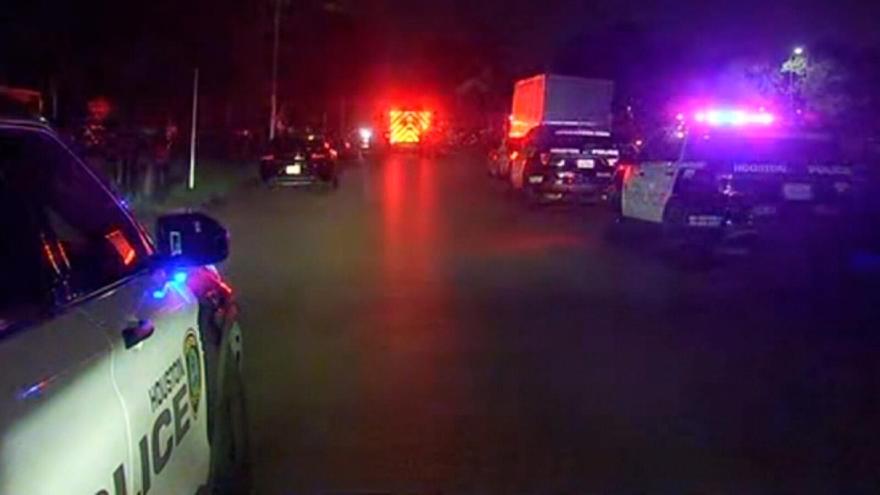 A suspect will face murder charges in a case where a 2-year-old was found dead in an SUV. Police found the missing SUV after a desperate search, and said the child was in the back seat and unresponsive.

(CNN) -- Preliminary murder charges have been filed against a man arrested in the death of a 2-year-old boy whose body was found in a stolen SUV Tuesday just hours after the child's father was shot to death, Houston police announced in a news release.

The suspect, identified as 38-year-old Bolanle Fadairo, faces charges of two counts of murder and one count of tampering with evidence, the release said. Fadairo did not have an attorney listed as of Thursday morning.

The identities of the boy and his father are pending verification by the Harris County Institute of Forensic Sciences, police said.

Police said Tuesday that the man who was shot had arranged a meeting with another man, which apparently ended in an argument. The father, also 38, was shot to death, and his SUV was stolen, police said.

Hours later, police got a call from a woman who said her husband and 2-year-old were missing. "We realized very quickly that the (man) that was murdered ... was her husband," police Executive Assistant Chief Larry Satterwhite said. "We never knew about the child until she called."

Police found the missing SUV after a desperate search. Satterwhite said the child was in the back seat and unresponsive.

Officers broke a window and performed CPR on the child. They "called for ambulance, which did arrive, but sadly it was too late. The child had passed in the car," Satterwhite said Tuesday.

The cause of the child's death has not been determined, although Satterwhite said it is believed to have been a result of being left in a hot vehicle. Temperatures in the area peaked in the mid-90s Tuesday, according to the National Weather Service.

"We had two homicides today in this incident," Satterwhite said.