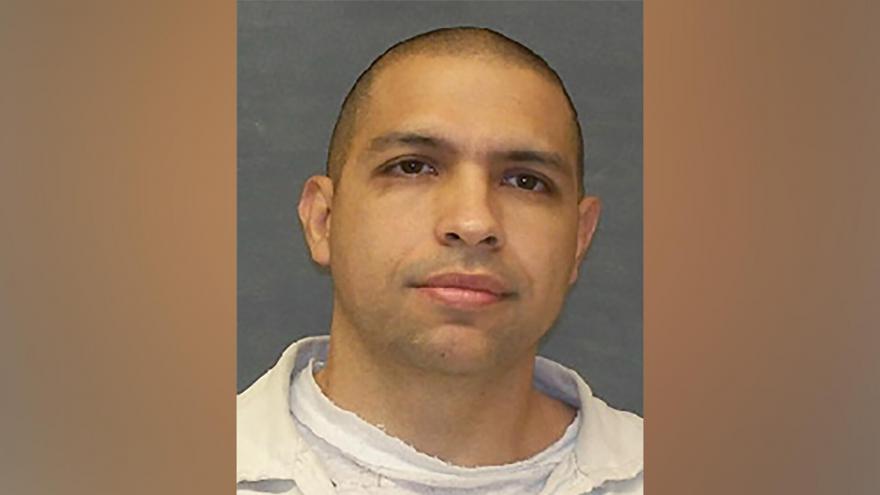 A manhunt is underway after convicted murderer Gonzalo Lopez escapes after allegedly attacking an officer driving a prison bus.

(CNN) -- A manhunt continued Friday for a murderer who is on the run in Leon County in eastern Central Texas after assaulting a corrections officer and fleeing a prison bus, officials said.

The escape happened Thursday afternoon on Highway 7 near Centerville, which is about 120 miles north of Houston, department officials said.

"He's got a life sentence for a capital murder, where he killed a man with a pickaxe and he's also gotten an attempted capital murder conviction for shooting a gun at a police officer," Hurst said.

Hurst told citizens not to engage Lopez, who was wearing a white shirt and white pants when he escaped, and to call 911 if he is spotted. There is a $15,000 reward for information leading to his capture.

At the third briefing of the day Friday, Hurst said there have been so sightings of Lopez since his escape.

The FBI and US Marshals are involved in the search, which includes almost 300 local, state and federal law enforcement personnel.

Inmate got underneath door inside bus

As the transport bus was headed from Gatesville to Huntsville to take inmates to medical appointments, Lopez was able to get out of his restraints and reach the driver, Officer Randy Smith, said Hurst

"They got into a physical altercation while Officer Smith was driving the bus. He stabbed Officer Smith in the left hand with some sort of object," Hurst said Thursday during a media briefing carried by CNN affiliate KBTX. "Officer Smith struggled with him trying to keep him from getting his service revolver -- his weapon."

Hurst said that Smith prevented the inmate from taking his weapon and the bus came to a stop.

The other officer on the bus, Jimmy Brinegar, fired at the fleeing inmate with his service weapon as well as a shotgun, according to Hurst. "We do not know if the inmate was hit by any of these shots. Last we saw him he was fleeing across the cow pasture west of Centerville."

The officers and the remaining inmates had been evaluated and none had suffered any life-threatening injuries he said.

Hurst said Friday investigators are still trying to figure out how Lopez got out of his restraints and into the compartment up front. There is a secured door with metal mesh around it, Hurst said.

"Somehow, we don't know yet how that happened. He got up underneath. He used some type of a device to cut out the bottom of that door. He got down underneath the door, he crawled underneath the door ... and when he got through that opening that he cut open, that's when he started struggling with the officer," Hurst said.

Lopez was able to commandeer the bus but only made it a mile before crashing. The officers shot the rear tires of the bus and Lopez lost control, Hurst said.

When asked whether Lopez had help, Hurst said the investigation had not answered that yet.

The Centerville school district went into "a precautionary lockdown" after the escape.

Elementary students were temporarily held in their school gym and high school students in their library before being allowed to head home, according to statements posted on Facebook.

Both schools were closed Friday, the school district said.