Mass shootings in the US: 2022 could be the second-highest year 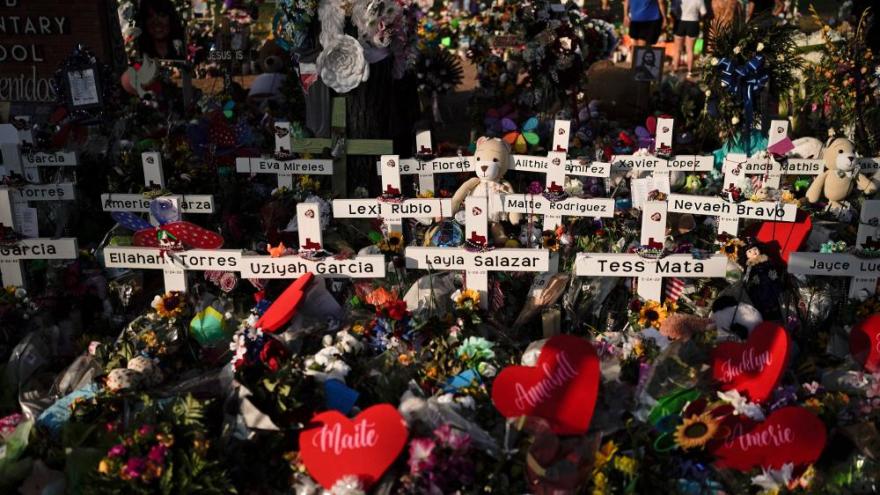 Flowers are piled around crosses remembering those killed at Robb Elementary School in Uvalde, Texas. This year is likely to be the second-highest year for mass shootings in the United States on record.

(CNN) -- This year is likely to be the second-highest year for mass shootings in the United States on record, according to data compiled by the Gun Violence Archive, a non-profit that tracks gun violence incidents across the country.

The Gun Violence Archive, like CNN, defines a mass shooting as one in which at least four people are shot, excluding the shooter.

Tuesday's massacre at a Walmart in Chesapeake, Virginia, left six people dead and four more with injuries. That was just three days after five people died in a shooting rampage at an LGBTQ nightclub in Colorado.

In the past week alone, mass shootings have claimed at least 24 lives and injured 37 others in gun rampages across seven states, according to the Gun Violence Archive.

There have been more mass shootings than days so far in 2022 -- a trend that's continued each year since 2019 -- underscoring the growing prevalence of gun violence in American life.