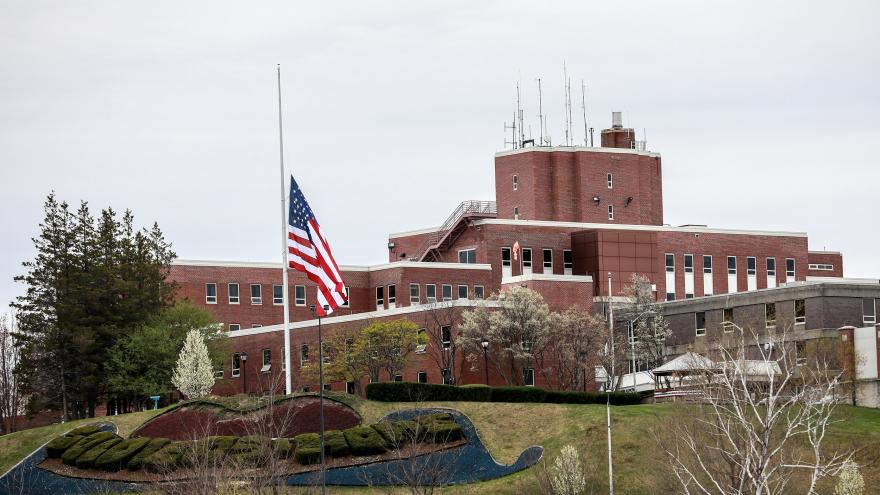 (CNN) -- The state of Massachusetts reached a $56 million settlement with the plaintiffs of a class-action lawsuit regarding a deadly Covid-19 outbreak at a veteran's home roughly two years ago, officials announced.

At least 84 veterans at the facility died of Covid-19 related issues and many others -- residents and staff -- were infected, CNN affiliate WCVB reported. The outbreak at the Holyoke Soldiers' Home, a long-term health care facility for US military veterans, unfolded in the spring of 2020 and drew the ire of family members and state leaders.

"There is no amount of money that can compensate our clients for the loss of their loved ones," Lesser said. "But our clients are grateful that the Commonwealth has acted to resolve this matter without the need for protracted litigation by agreeing to compensate both the families of those who died of COVID, as well as the veterans who survived."

CNN has attempted to reach the home for comment, as well as the state's Executive Office of Health and Human Services, which oversees the home.

In a statement on Thursday, Massachusetts Gov. Charlie Baker called the outbreak a "terrible tragedy," and said he hopes "this settlement brings a sense of closure to the loved ones of the veterans."

An independent investigation into the facility in 2020 found a series of errors the home made including delays in testing and in closing common spaces, insufficient personal protective equipment and a general lack of compassion for veterans.

Among the biggest errors was a decision from leadership to move two units of veterans into one, including some people who tested positive for the virus and others who showed no signs of it, the report said.

The former superintendent and former medical director of the home were each charged with counts of criminal neglect and serious bodily injury in connection to the outbreak. The charges were later dismissed, and Massachusetts Attorney General Maura Healey said in December 2021 she would be appealing the dismissal, saying she would continue to "pursue accountability" in the case.

According to court dockets reviewed by CNN, the case is ongoing.

But the facilityhad also been dogged by systemic issues, such as short staffing and lack of access to personal protective equipment, for years, CNN has previously reported.

Holyoke Mayor Joshua A. Garcia called the settlement "long overdue support," and said more work needs to be done to prevent anything similar from happening again.

"The brave Americans who died at the Holyoke Soldiers Home devoted their lives to making our country a better place, and they deserved better," the mayor said in a statement. "As we come through this trying time, we can't simply return to a pre-pandemic status quo. We must always push for and demand better."

'Some sort of justice'

Laurie Beaudette, whose 83-year-old father, James Mandeville, died during the outbreak, told WCVB the settlement shows the state "is finally taking responsibility for the poor decisions that the administrators and the leaders in state government made."

"I'm trying to smile right now and think of the good and happy times I had with him, and I'm trying to not lose it emotionally because I know he would want me to stay strong," Beaudette said. "It is some sort of justice."

Mandeville had served in the US Navy for four years during the Korean War, CNN previously reported. He died on April 14, 2020.

The settlement is subject to approval by the federal district court for Massachusetts.

The specific amount each party in the lawsuit is due will be determined by the settlement claims administrator based on the circumstances of each case, according to a news release from the governor's office.

The governor plans to file legislation to seek the settlement amount in the coming weeks, the release added.