McConnell privately expresses openness to raising age to 21 for buying semiautomatic rifles, but proposal unlikely to get into final deal 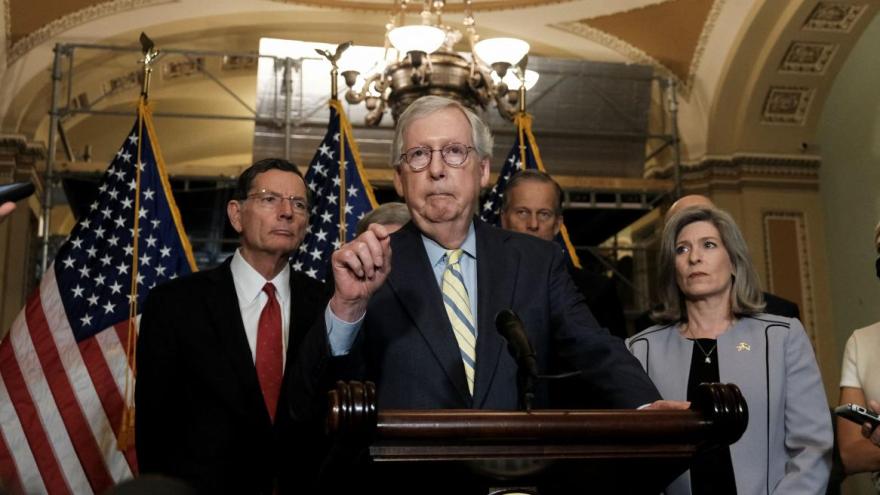 Senate Minority Leader Mitch McConnell, at center, speaks to reporters in May.

(CNN) -- Senate Minority Leader Mitch McConnell has privately expressed an openness for raising the age to 21 for purchasing semiautomatic rifles, according to a person familiar with the matter, but the issue is unlikely to be included in any final deal because most Republicans are opposed to it.

Instead, GOP negotiators are looking at allowing juvenile records to be accessed during background checks, potentially making people under 21 wait until the check is complete to finalize the purchase.

McConnell has publicly refused to say where he stands on raising the age.

"It won't surprise you to know that I'm not going to sit here and try to negotiate the deal with all of you guys," McConnell told reporters on Tuesday. "We're waiting to see if we can get an outcome that directly relates to the problem that brought this issue to the fore, one more time."

McConnell, who often aligns himself with the majority view of his conference, has tapped Sen. John Cornyn to lead the talks, and the Texas Republican has indicated repeatedly that raising the age is unlikely to get into a final deal.