Meds for kids with pain and fever are in high demand. Here's what to do if you can't find them 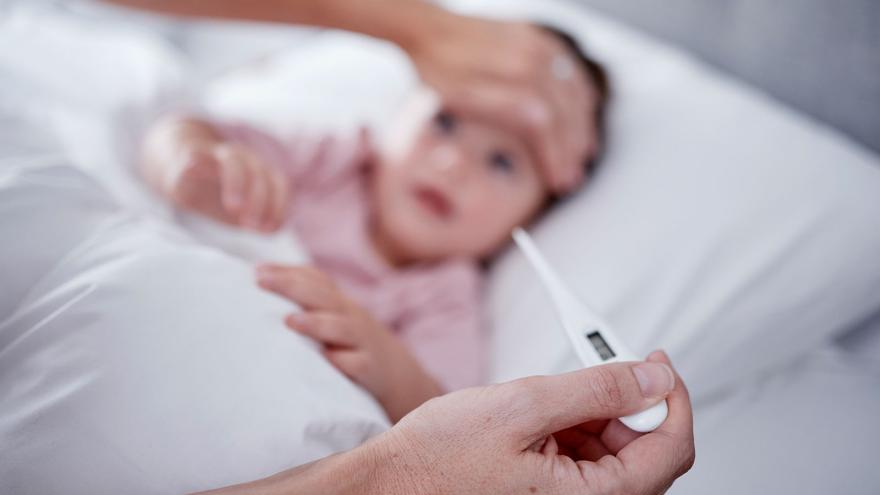 (CNN) -- Grant's Pass Pharmacy in southern Oregon is down to its last few boxes of children's acetaminophen and ibuprofen, and pharmacist Michele Belcher says she can't order more.

Belcher says she orders these medications from one of the "big three" wholesalers: McKesson, Cardinal Health and AmerisourceBergen. When she checked availability of these pain- and fever-reducing meds this week, out of 40 products -- different flavors, sizes and strengths -- none was in stock.

"Nothing was available today in acetaminophen or ibuprofen," Belcher said Wednesday.

Across the country, a surge in influenza and respiratory syncytial virus, or RSV, in children and the ongoing Covid-19 pandemic has meant high demand for mainstay medicines to reduce fevers and control pain.

With so many parents searching for these drugs at the same time, store shelves have been emptied in some areas.

Kroger says its inventory is constrained, and it is working to manage supply. Rite Aid says it is working closely with its suppliers "to meet demand and mitigate shortages where possible." Walmart and Walgreens say that despite increased demand, they are still able to meet customers' needs.

The Consumer Health Products Association, which represents the manufacturers of over-the-counter drugs, says that the problem is not widespread and that manufacturers are doing everything they can to get more product on the shelves. However, it acknowledged that parents in some areas may have trouble finding the medications they need.

"Manufacturers are producing at full capacity and directing product inventory to where it is needed most. However, we understand it might be frustrating for parents to quickly locate these products from their usual pharmacy or retailer due to intermittent out-of-stocks.

"Parents may have to make a few stops to find what they need and should also consider additional self-care alternatives to aid comfort and relief at the direction of their health care provider," the group said in a statement.

What to do if you can't find medications

Pediatricians say there are some strategies parents can use to help their child feel better, even if they can't find the medication they're hunting for.

First, a fever doesn't always need to be lowered with medication, especially if the child feels fine otherwise, says Dr. Maureen Ahmann, a pediatrician with the Cleveland Clinic.

"If a child is happy and is eating and drinking and has a fever of 102, you don't have to give them Tylenol or Motrin," she said.

For kids over 2 months of age, there is no magic number at which a fever needs to be treated. When the numbers creep up, a temperature of 104 or 105 may look concerning, but kids are usually just fine even when fevers run that high, she said.

If you have an infant under 2 months, it's a different story. Any temperature over 100.4 degrees is considered concerning and means your child needs to be seen by a clinician.

Other factors she considers when assessing a fever are the child's immunization status -- she's much less concerned about kids who are up to date on their vaccines, including for Covid-19 and the flu -- and how long the fever has lasted. The general rule is that a fever that's gone on longer than five days needs further evaluation.

However, if your child is just lying around and doesn't look well, or if they have ear or sinus pain, you should treat them for the discomfort, even if their fever isn't terribly high.

If liquid medications, which are typically given to kids, are out of stock, Ahmann recommends looking for suppositories -- capsules that are inserted into a child's rectum and dissolve.

She says this is a great option for kids who can't keep food or liquids down, too.

It's also possible to split adult ibuprofen or acetaminophen to give to children, with dosing based on the child's weight.

In Canada, which has been dealing with a shortage of children's medications for months, pharmacists at the University of Toronto and its affiliated children's hospital, SickKids, created a chart to show parents how to do this safely.

Tablets -- not capsules or gel tabs -- can be crushed and added to a bit of applesauce or chocolate syrup to cover the taste. However, it's extremely important not to give kids too much medicine, and it's a good idea to consult a medical professional before giving the first dose.

"For people who are not familiar with this, I would suggest that they make sure they double-check themselves with someone who's familiar," said Dr. Anna Banerji, a pediatric infectious disease specialist at the University of Toronto.

You can also look for a local compounding pharmacist, who's trained to custom-mix pharmaceuticals for patients. They may be able to make the medication you need.

There may be non-medication options to keep children comfortable, too.

If a child is having ear pain, apply a warm, wet compress to the outside of the ear to help with discomfort until you can treat it. It also helps to hold a child upright to reduce pressure on their ears, which will increase if their head is down on a pillow or in a crib.

Finally, kids are at higher risk of becoming dehydrated when they have a fever because they lose more fluids when their temperature is elevated, Ahmann said. They also tend not to want to drink as much, "so you really need to push the fluids," she said.

Ahmann recommends giving a sports drink with electrolytes but cut it by half with water. Sports drinks have a lot of sugar, which can give kids diarrhea and make dehydration worse, she said.

You can also hydrate with water-based foods like ice pops or flavored gelatin if they don't feel like drinking.

What not to do

There are also some important things not to do if you can't find the medication you need.

First, never give aspirin to someone younger than 18.

Ahmann said she's had parents messaging and calling to ask if they can give their children aspirin instead of acetaminophen or ibuprofen. "It's called baby aspirin, [but] it's not for babies," she said.

Aspirin given to children during a viral illness has been associated with a rare but serious condition called Reye's syndrome, which causes swelling in the liver and brain.

Also, lukewarm baths are OK, but it's not a good idea to put a child with a fever into a cold bath, Ahmann says.

Rarely, fevers can trigger seizures in children. That tends to happen when their temperature rises quickly.

A cold bath will lower their body temperature, but it doesn't reset their internal thermometer, so when they get out, a cold bath can trigger a rapid rise temperature that increases the possibility of a seizure, she said.

A better idea is to apply cool compresses to the forehead, the back of the neck and even under the armpits to relieve discomfort.